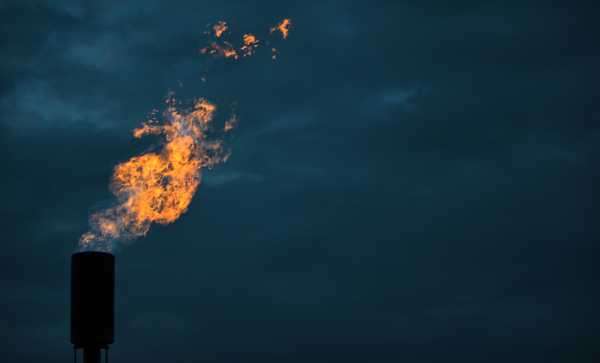 Scientists have spent the past few years deploying aircraft and satellites to untangle one of climate science’s greatest mysteries: pinpointing exactly what’s causing methane, a particularly powerful greenhouse gas, to rise so fast in the atmosphere.

When it comes to the single biggest contributor to climate change, carbon dioxide, there’s no mystery: It’s mainly coming from tailpipes and smokestacks. But nailing down the sources of the second-biggest climate problem is trickier. Methane can come from a huge variety of sources, both natural and manmade. Marshes and swamps generate a lot, but humans are also responsible for methane that comes from rice production, landfills, animals raised for meat consumption, and oil and gas.

In this week’s episode of Unexplainable, Vox’s science podcast on unanswered questions, University of Arizona scientist Riley Duren likens the problem of rising methane to an unbalanced checkbook: “We have a general idea of methane emissions, particularly at a global scale. But we need help with methane accounting at finer scales, particularly at the scale of individual states and cities, and facilities,” Duren said, who leads the nonprofit Carbon Mapper, which has public and private partners including NASA, the state of California, and the company Planet.

A lot of Duren’s work has focused on measuring what scientists have called “super-emitters” from the oil and gas industry. Since natural gas is primarily methane, some greenhouse pollutants will inevitably escape into the atmosphere wherever gas is drilled, transported, and consumed. But Duren’s work has shown that a small number of oil and gas operations are leaking a disproportionate amount of methane. Something as simple as a minor malfunction in equipment can cause facilities to leak vast amounts that go undetected by regulators and operators.

Scientists have to first make these methane leaks visible to help countries tackle the source of the problem. “It’s like fixing leaks in your sprinkler system,” Duren said. “So if you can find the leaks, you can fix them more quickly.”

Over the next few years, a fleet of new satellites will add to improving methane monitoring on the ground that will change how the world tackles climate pollution.

Detecting methane leaks by “sniffing the air” and measuring from space

Scientists have a number of techniques that help them hunt down everyday methane emissions and massive super-emitting events otherwise invisible to the eye.

One is in-situ sensors equipped with lasers, which essentially “sniff the air,” Duren explained. Then there are spectrometers that use remote sensing to measure the specific wavelengths of light that methane absorbs, like infrared.

Both of these techniques involve placing equipment at the site, in a car, or even on airplanes to find methane plumes. And spectrometers can get so specific that it’s possible to see that a plume is coming from a storage tank or a wellhead even from a plane hovering at 20,000 feet.

But there’s a big limitation to these instruments, because they offer just a snapshot of what’s happening. These leaks can be intermittent — a valve that worked one day to stop methane may be malfunctioning the next. It’s impossible for small teams of scientists to catch leaks all the time across hundreds of miles of oil and gas fields.

That’s where satellites come in. Duren’s group Carbon Mapper will launch new satellites by 2025 that give the world a more complete picture of methane emissions. He looks forward to “an emerging ecosystem of advanced measurement systems from space, air, and the land surface that didn’t even exist two or three years ago.”

Another study published recently in the peer-reviewed journal Science showed just what these satellites are capable of doing. Using data from the European Space Agency satellite that circulates the planet 14 times a day, French and American scientists found a small number of “ultra emitters” accounted for as much as 12 percent of methane emissions from the fossil fuel sector from 2019 to 2020.

This kind of work has another effect: making the abstract problem of methane emissions something concrete and tangible. “You could see methane, pouring out of storage tanks and there’s so much in some places you can spot it from space — these giant plumes of methane,” said Drew Shindell, who chaired the world’s first United Nations Global Methane Assessment last year. According to Shindell, the growing body of research linking oil and gas to methane plumes has spurred for policymakers to act.

Roughly 100 countries at the Glasgow COP 26 climate meeting this fall rallied around the idea that “methane is the strongest lever we have,” Shindell explained. Since methane sticks around in the atmosphere for far less time than carbon dioxide, stopping especially large leaks from the oil and gas industry can have an almost real-time impact on methane concentrations in the atmosphere over the next decade.

This is a major reason countries, including the United States, signed onto a side voluntary agreement pledging to take serious action on methane (Russia and China, other major methane polluters, did not sign on). The US itself is one of the top sources of methane emissions from the oil and gas industry, because of the Permian Basin located over hundreds of miles in West Texas and New Mexico.

Climate activists have used citizen science to showcase the problems in the Permian Basin. Sharon Wilson and Miguel Escoto, two Texas activists who work for Earthworks, have traveled across the Permian armed with an optical imaging camera that measures wavelengths of light. They park on the side of public roads and use the camera to show just how common it is to see methane coming from all kinds of oil and gas facilities.

For Wilson and Escoto, then, the problem isn’t just the mystery of where the methane leaks are coming from, but the US allowing unchecked oil and gas drilling in the Permian. Despite new fleets of satellites and planes monitoring for methane leaks, regulators have few tools for stopping them. Texas has no regulation for methane emissions, and the Environmental Protection Agency has been slow to enforce better monitoring from the industry because of Trump administration rollbacks.

“You point the camera at [equipment] and you see that there is a plume of gas that’s just pumping out consistently. It’s just venting and venting.” Escoto said. The only way to stop this venting, he added, is by slowing new production in the Permian.

Listen to the full Unexplainable episode on Spotify, Apple Podcasts, or wherever you find podcasts.