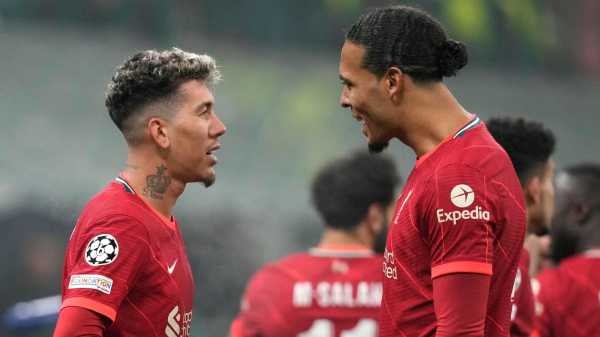 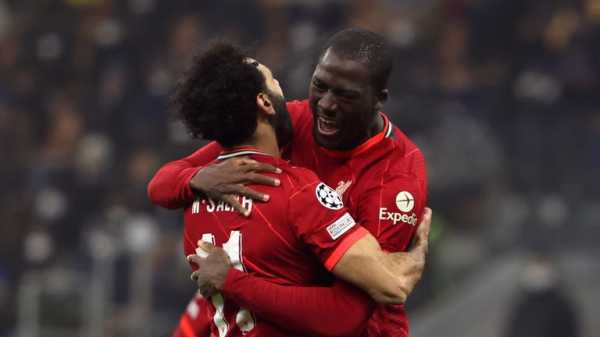 Not many will be surprised to see Liverpool emerge as two-goal winners and it would be easy to think this was just another example of their big-game forwards making the difference. Roberto Firmino’s header was superb. Mohamed Salah’s finish was typical.

But this was a tough test for the Liverpool defence and Ibrahima Konate deserves huge credit for his role in the team’s clean sheet alongside the imperious Virgil van Dijk. The uncapped Frenchman had some big moments at the back as Inter were pushing.

His outstretched boot to prevent Edin Dzeko latching onto a cross from the right almost certainly denied Inter the opening goal. Central defence was not a weakness for Liverpool. But with Konate growing into his role, they might be getting stronger.
Adam Bate

Liverpool have strength in depth now 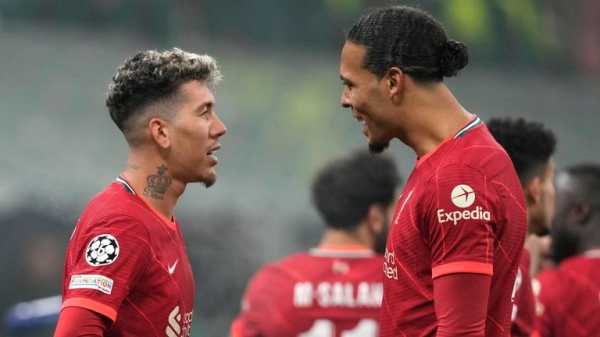 Image: Roberto Firmino celebrates scoring for Liverpool in their 2-0 win over Inter Milan

Firmino had been left out of the team with Diogo Jota preferred but he was able to come off the bench to find the breakthrough. The Brazilian was one of five substitutions made by Jurgen Klopp. All of them illustrate the depth that Liverpool now possess.

The game was in the balance when Klopp made a triple substitution midway through the second half. Jordan Henderson and Naby Keita brought energy to the midfield, while Luis Diaz added real impetus with his purposeful wing play, taking the game back to Inter.

With Harvey Elliott enjoying his first Champions League start and James Milner adding to his long list of appearances in the competition, Klopp has options now. That could prove crucial as they continue to challenge for trophies on all fronts this season.
Adam Bate 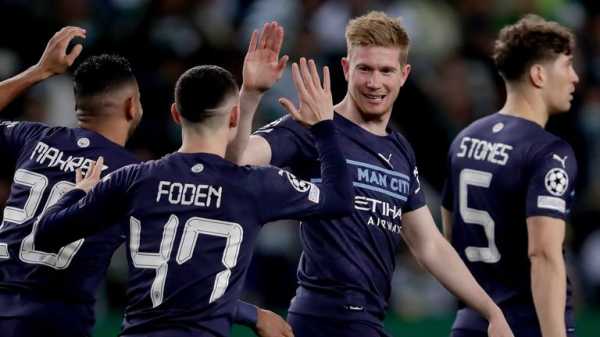 It had been billed as a potentially tricky tie for Manchester City. Sporting had shown their quality by pipping Borussia Dortmund to last-16 qualification in the group stage. They had only lost once at the Jose Alvalade Stadium in the previous five months.

But Pep Guardiola’s side could hardly have made it look easier. As they rattled in the goals in the first half – two from Bernardo Silva and one each from Riyad Mahrez and Phil Foden – the beleaguered hosts could only watch in despair. The gulf was vast.

Raheem Sterling’s stunning strike, curled into the top corner after the break, made it the joint-biggest victory by any side in the history of the Champions League knockout stages and further underlined why City are considered favourites to lift the trophy.

They fell painfully short last season, their 1-0 loss to Chelsea in Porto ensuring their first Champions League final appearance ended in heartbreak. But there has been little evidence of a hangover this season. In fact, they look more determined than ever.

City scored 18 goals in the group stage, and with Sterling’s fifth against Sporting, they reached 200 in the competition. They are the 14th side to hit the milestone but none have done it in fewer games (97).

The statistics show how City have established themselves in the competition but is this the year they finally go on and claim the prize they covet most? Recent evidence suggests they are entitled to feel optimistic about their chances. The City machine chugs on.
Nick Wright 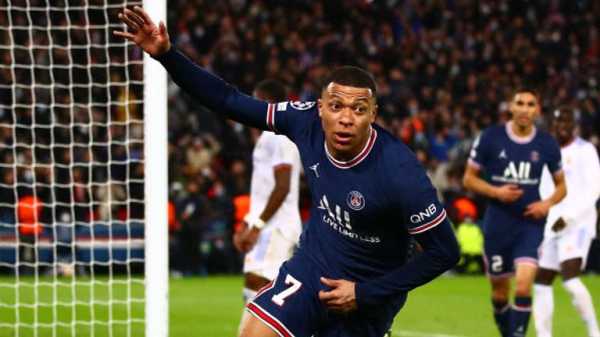 In many ways, Tuesday night was the ideal Real Madrid audition for Kylian Mbappe, the coveted PSG striker whose contract runs out at the Parc des Princes at the end of June.

The Parisians are desperate for their France international to stay in the capital, while Real are equally keen for the 23-year-old to be their next Galactico.

After his match-winning display, surely Real president Florentino Perez will be doing everything in his power to convince Mbappe, who has now has been directly involved in 52 goals in 52 Champions League appearances (32 goals, 20 assists), to move to Madrid this summer.

The quick-footed forward was the best player on the pitch by a mile, and that is saying something when you look at the two star-studded line-ups – and the benches – and is exactly the type of player Real need to reinvigorate their ageing side.

If the World Cup winner plays another starring role to help knock Madrid out of Europe next month, do not be at all surprised if you see him in the white of Real next season.
Richard Morgan

City’s strength lies in the collective 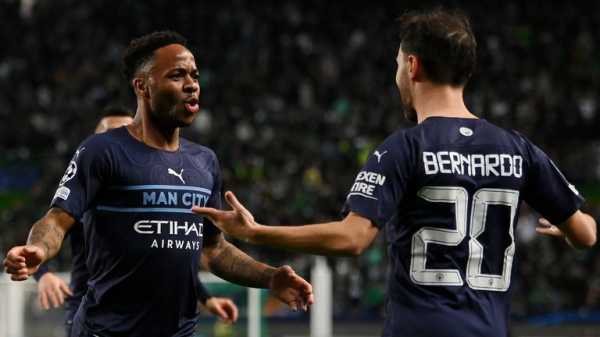 Bernardo Silva scored twice on his return to his hometown. Riyad Mahrez netted for the sixth time in the Champions League this season. Raheem Sterling followed up his hat-trick against Norwich on Saturday with arguably the best goal of the night.

But Manchester City’s 5-0 thrashing of Sporting was a reminder that their true strength lies in the collective.

Pep Guardiola’s men suffocated Sporting, ensuring the hosts did not even muster a shot on target, and when they ripped through them at the other end, they threatened from every conceivable angle.

Remarkably, their 15 shots on goal over the course of the 90 minutes were shared between 12 different players. With the exception of goalkeeper Ederson, every one of their starters registered a shot. Even Oleksandr Zinchenko tried his luck after coming off the bench.

Sporting could not cope with Sterling’s directness. They were flummoxed by Silva’s movement and stung by Mahrez’s dribbling. But even when those players weren’t troubling them, others were. It is how City do it. Their collective brilliance could take them all the way.
Nick Wright 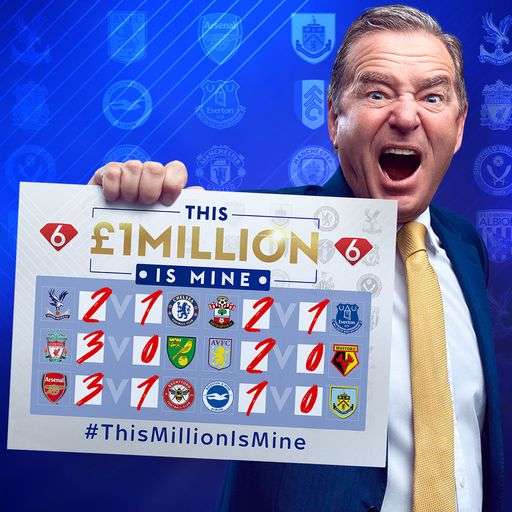