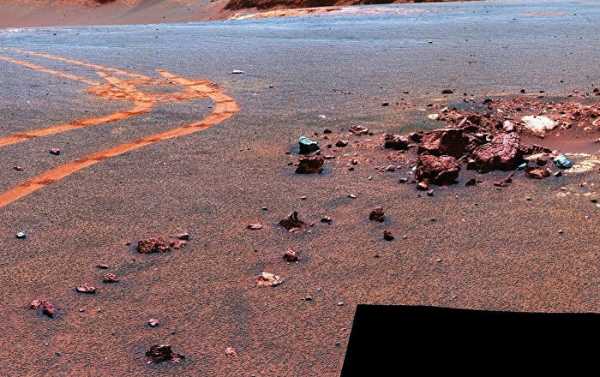 The Red Planet continues to surprise scientists. In November 2019, researchers discovered enigmatic fluctuations of oxygen on Mars, which scientists dubbed mindboggling and said they were unable to explain them. Now the Red Planet has presented us with another mystery.

Mars is losing water much faster than previously estimated said scientists from the French National Centre for Scientific Research or CNRS. In their study published on 9 January in the journal Science researchers say that during the planet’s warmest and stormiest period Mars’ atmosphere contains 10 to 100 times more water vapor than its temperature should theoretically allow.
These processes “are observed nowhere on any other body of the solar system”, said Franck Montmessin, co-author of the study and a planetary scientist at the University of Paris-Saclay in an interview with Space.com.

The oversaturation of water in the atmosphere allowed water to reach the upper atmosphere, something which scientists previously thought was impossible. Franck Montmessin said scientists expected that water would be “limited by the cold temperature up above and be bound to condense into clouds”.

Scientists say these findings suggest that evaporation of water on Mars occurs faster than previously thought. In their study, researchers used data from the Trace Gas Orbiter probe, which is part of an Exo mars mission, a joint programme between the European Space Agency and its Russian counterpart, Roscosmos.