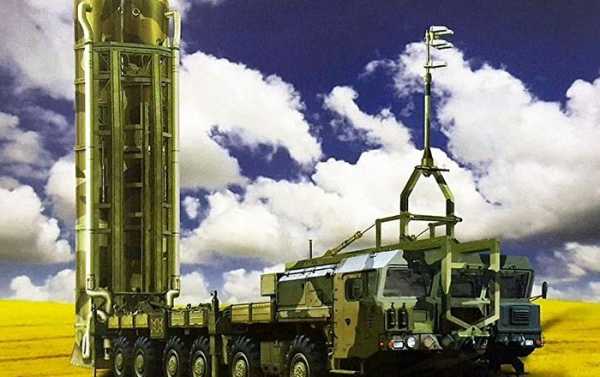 Kessler Syndrome, here we come! The Pentagon has fretted that China and Russia are developing anti-satellite (ASAT) missiles that could shoot US low Earth orbit (LEO) objects out of the stars within the next two years.

The intelligence directorate of the Joint Chiefs of Staff, designated J-2, told the Washington Free Beacon that these missiles are currently in development and will be combat-capable as early as 2020.

In May, Director of National Intelligence Dan Coats said that Moscow and Beijing were “increasingly considering attacks against satellite systems as part of their future warfare doctrine.”

“Both will continue to pursue a full range of ASAT weapons as a means to reduce US military effectiveness,” Coats told Congress. Russia was seeking a “diverse suite of capabilities to affect satellites in all orbital regimes,” such as an honest-to-god laser gun.

The Free Beacon estimated that Moscow spends $5 billion annually on ASAT weapons such as the Nudol ASAT ground-launched missile that was most recently tested in December 2016. Their S-300, S-400, and S-500 surface-to-air missiles also have the capability to strike LEO targets.

China’s program is secretive, but thought to be formidable. In 2010, 2013, and 2014, Beijing conducted mid-course missile defense tests that the Pentagon characterized as a system that could also be easily modified to shoot down satellites.

“China’s military modernization program clearly includes an attempt to up its game in space. Weapons for space involve more than just ASAT systems, but these are the most overt signs of China’s progress,” said former Acting CIA Director John McLaughlin to Cipher Brief earlier in January.

Speaking to news.com.au, John Blaxland, professor of International Security and Intelligence Studies and director of ANU’s Southeast Asia Institute, said that such technology had been under development for quite some time.

“The US Department of Defense is undoubtedly concerned,” Blaxland said. “That is because much of the precision and geolocation technology, on which much of US military technology depends, is heavily reliant on maintaining their network of satellites unhindered by the prospect of ASAT strikes from China or Russia.”

In anticipation of the challenge, the Pentagon has begun development on counter-technologies such as satellite constellations: overlapping satellite networks that can retain their geolocating capabilities even if some of the satellites inside the network are lost.

Currently, no arms treaties exist regarding ASAT weapons. Such a treaty could undermine missile defense, as many missile defense systems also have latent ASAT capabilities. The RAND think tank also reported that the US has their own arsenal of ASAT weapons that they’d be unwilling to surrender, as they currently hold the edge in space warfare.

US leaders in the Trump administration have taken a hawkish tone in recent rhetoric regarding China and Russia. Earlier in January, US Defence Secretary James Mattis released a new defense strategy that said that countering China’s rapidly expanding military strength and Russia’s modernizing forces were the Pentagon’s top national security priorities.

“We will continue to prosecute the campaign against terrorists, but great-power competition — not terrorism — is now the primary focus of US national security,” Mattis said in a January 19 speech at Johns Hopkins University’s Paul H. Nitze School of Advanced International Studies in Washington, DC. “This strategy is fit for our time, providing the American people [with] the military required to protect our way of life, stand with our allies and live up to our responsibility to pass intact to the next generation those freedoms we enjoy today.”

During his State of the Union speech on Tuesday, US President Donald Trump referred to China and Russia as “rivals” who “challenge our interests, our economy and our values.”

“In confronting these dangers, we know that weakness is the surest path to conflict, and unmatched power is the surest means of our defense,” the president said.