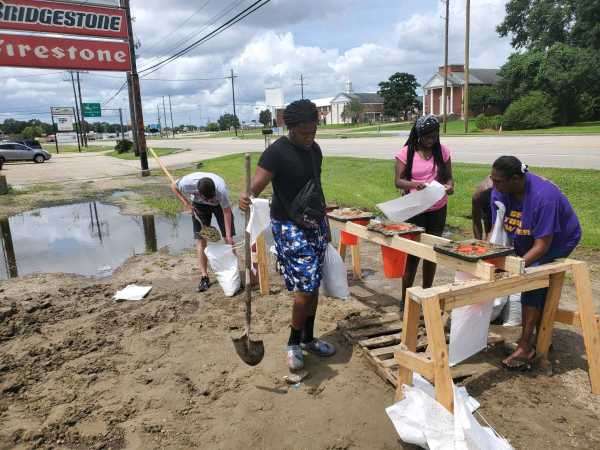 Hurricane season brings a recurring set of difficulties to coastal communities, and particularly to the South. Like other natural disasters, hurricanes can lay bare inadequate infrastructure, political ineptitude, and stark racial and economic inequalities. For residents of the Gulf Coast region, Hurricane Ida comes 16 years — to the day — after Hurricane Katrina and its devastating aftermath killed more than 1,800 people.

Ida is scheduled to hit Louisiana Sunday night as a Category 4 hurricane, with winds of up to 156 miles per hour. Storms of that caliber are expected to cause “catastrophic damage,” according to the National Hurricane Center.

But this hurricane season, there’s the added strain of a Covid-19 resurgence, which is hitting the region particularly hard; Louisiana’s intensive care units are almost full, Insider reports.

According to the National Academy of Sciences (NAS), Louisiana evacuated around 1.5 million people in preparation for Hurricane Katrina; between 150,000 and 200,000 stayed put, either because they didn’t have the resources to leave or because they chose to remain. In the aftermath, several hospitals flooded and had to be evacuated.

That was complicated enough without a pandemic surging. 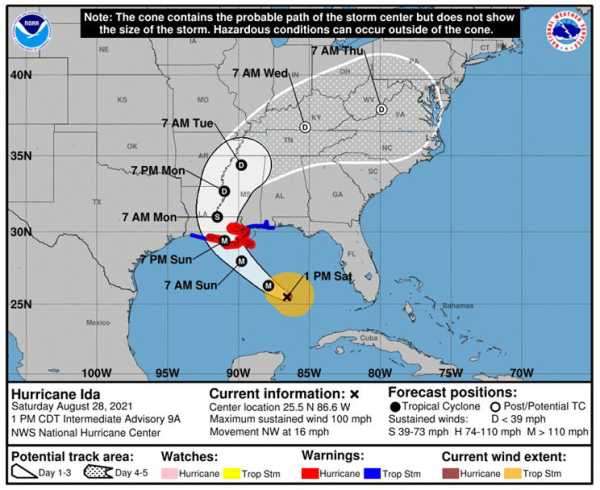 According to the NAS, “In the initial days following the storm flooding of Hurricane Katrina, the state evacuated approximately 12,000 caregivers and their patients from 25 hospitals. This was a slow process. In some cases, patients were evacuated one or two at a time by boat to a helipad where they were transferred to a helicopter that brought them to the airport, from which they were flown to other states.”

Hospitals in neighboring Mississippi and Alabama — parts of which are also in the path of Ida — are already struggling with capacity as the delta variant of Covid-19 spreads across the country, but particularly in several Gulf Coast states. CNN reports that around 2,000 Mississippi nurses have resigned during the pandemic.

The pandemic has exposed the country’s systemic unequal access to health care. In Baton Rouge, that divide is particularly stark, according to Khalid Hudson, senior organizer for nonprofit Together Baton Rouge.

“The biggest issue is the lack of equitable investment in predominantly Black areas,” he said, adding that all of the city’s hospitals are in the southern, predominantly white, part of the city.

“If there is flooding and people are getting hurt, where are they to go?”

Unprecedented floods devastated Baton Rouge just five years ago, the result of torrential rainfall in a slow-moving weather system. “2016 was a 100-year flood; five years later, we are having the same thing,” Hudson said.

“These things are happening more and more rapidly.”

Climate change both contributes to more, and stronger, natural disasters, and weakens a community’s ability to withstand those events. In Louisiana’s case, coastal land erosion contributes to the ability of a hurricane like Ida to wreak havoc inland.

“Having already lost nearly 2,000 square miles of land (approximately the size of Delaware), Louisiana desperately needs every tool at its disposal to build and maintain as much of our coastline as possible. Our natural defenses, such as barrier islands and wetlands, help reduce storm surge, offering protection for the people and infrastructure further inland,” the Louisiana Wildlife Federation wrote on the 15th anniversary of Hurricane Katrina. 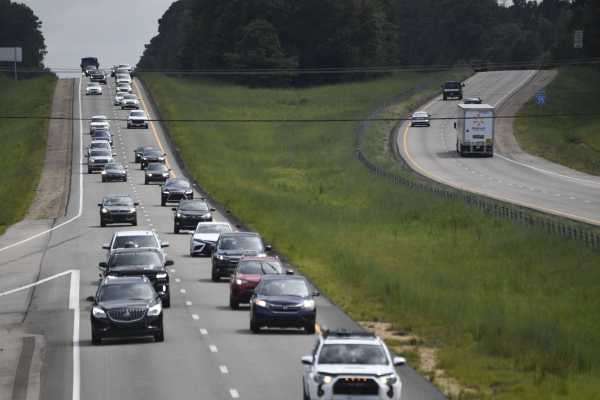 Hurricane Katrina registered as a Category 3 upon its landfall, while Ida is expected to have more intense winds at landfall as a Category 4.

“This will be a life-altering storm for those who aren’t prepared,” said National Weather Service meteorologist Benjamin Schott during a press conference Friday with Louisiana Gov. John Bel Edwards.

“This will be one of the strongest hurricanes to hit Louisiana since the 1850s,” Edwards said. Whether New Orleans’s infrastructure is up to the challenge remains to be seen. Officials warned of widespread power outages, and at a Friday press conference, New Orleans Sewerage and Water Board Executive Director Ghassan Korban discussed repairs to one of the city’s power turbines that’s been out of commission for the past several months, Nola.com reports.

Those generators help run the city’s drainage system, which depends on pump stations. Repairs to the turbine are expected to be completed Saturday, but three of the city’s pumps are still offline.

“This is not an ideal situation but it’s also a very manageable situation,” Korban said Friday.

New Orleans Mayor LaToya Cantrell issued a mandatory evacuation order for part of the city outside the levee system, the AP reported, but declined to evacuate the whole city because the storm was intensifying too quickly.

This means that residents who stay behind might need to escape to a shelter — which could be a minefield during the Covid-19 pandemic, CBS News reports. In addition to food, water, and other essentials, Hudson told Vox, Baton Rouge residents are being encouraged to stock up on face masks and hand sanitizer.

And while Covid-19 cases are down 27 percent over the past two weeks compared to the peak of the pandemic in the state, according to the New York Times, only about half of Louisiana’s residents are vaccinated. Unvaccinated people account for 91 percent of current hospitalizations, according to the Louisiana Department of Health. 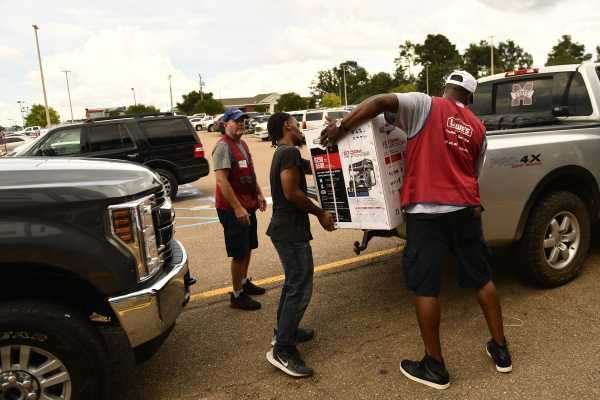 Others who lived through Hurricane Katrina’s devastation are bracing for crisis yet again, as the Louisiana National Guard prepares to send in personnel and storm-ready equipment to assist in rescue and relief efforts.

“Brings back memories. I was living in Gulfport when Katrina hit. People forget how bad we got slammed on the Mississippi Gulf Coast.”

Stewart’s tweet is a reminder that the destruction and havoc of Hurricane Katrina were widespread, affecting a far larger area than New Orleans alone. And the effects of that storm — and the compounding devastation of storms like Hurricane Rita and Hurricane Gustav — never fade completely.

While his family has evacuated, Gardner, who is a municipal worker, is staying behind as an essential worker.

“There ain’t nothing we can do but try to survive.”