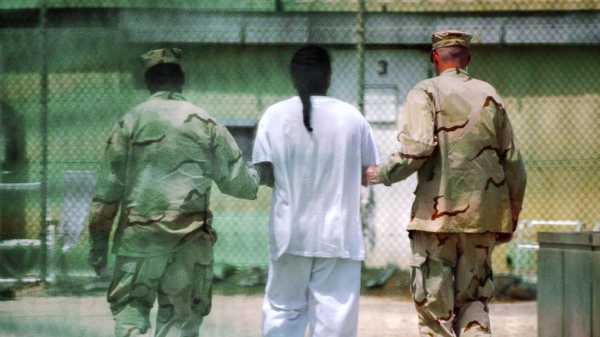 That’s because there are currently no enemy combatant detainees being held by the United States who have been deemed eligible for transfer to the detention facility at Guantanamo. And Trump’s executive order revoking former President Barack Obama’s order to close the Guantanamo facility essentially formalizes what the administration has been doing over the past year in keeping by keeping it up and running.

That review will “recommend criteria that determines the disposition outcome of individuals that are captured in armed conflict,” said Commander Sarah Higgins, a Pentagon spokeswoman.

It will also “review the criteria for transfers to Guantanamo Bay,” said Higgins. 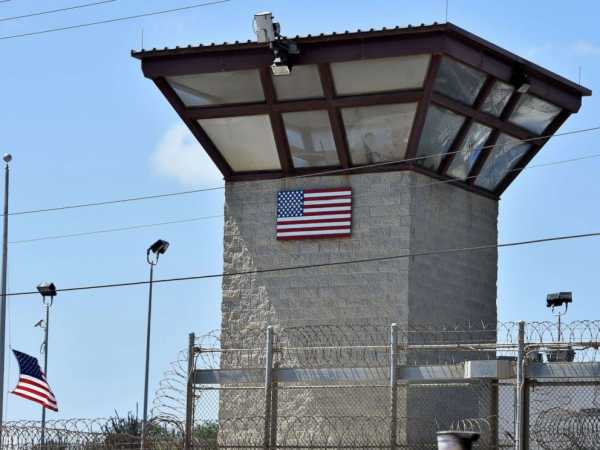 Mladen Antonov/AFP/Getty ImagesThis file photo made during an escorted visit and reviewed by the U.S. military shows the razor wire-topped fence and the watch tower of “Camp 6” detention facility at the US Naval Station in Guantanamo Bay, Cuba, April 8, 2014.

President Trump’s order was blasted by groups that have on behalf of some Guantanamo detainees, including the American Civil Liberties Union.

“Trump is making a big mistake by doubling down on the national security and human rights disaster that is Guantanamo,” said Hina Shamsi, director of the ACLU’s National Security Project. “In trying to give new life to a prison that symbolizes America’s descent into torture and unlawful indefinite detention, Trump will not make this country any safer.

“The notion that Guantanamo is worthwhile would be laughable if it wasn’t so tragic,” said Shamsi. “In addition to the incalculable human suffering, it costs taxpayers more than $445 million a year to detain the 41 men now there. Congress should prevent President Trump from continuing unlawful detention and unconstitutional military commissions. And we all must pledge — not one person more in Guantanamo, not in our names.” 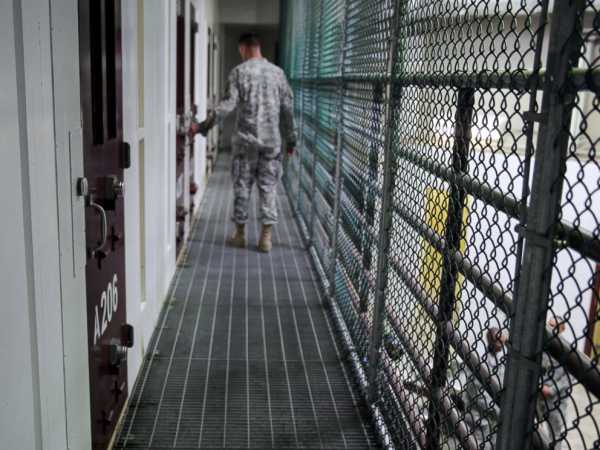 In January, 2016 the Obama administration reported to Congress that it cost $445 million a year to keep the facility open. At the time there were about 110 detainees still being held at Guantanamo.

But the actual cost might be lower, Commander Higgins said the last official release of the facility’s operating budget from fiscal year 2014 indicated an annual budget of $107 million.

At its peak there were about 800 detainees kept at the facility built to house enemy combatants affiliated with al Qaeda who had been captured by the U.S. military overseas.

There are currently 41 detainees still being held at Guantanamo including 26 who will likely never be tried by a military commission, though they could be eligible for release in the future if they are no longer deemed to be enemy combatants by a period review board.

An additional seven detainees are currently being tried by a military commission for their affiliation with al Qaeda and their roles in the 9/11 terror attack and the attack on the destroyer USS Cole off the coast of Yemen in 2000.

Two other detainees convicted by the military commissions are serving their sentences at Guantanamo and a third is awaiting a transfer as part of a guilty plea deal.

Five other detainees were cleared for release by the periodic review board system established during the Obama administration, but were not transferred out of Guantanamo by the Trump administration during its first year in office. But the executive order signed by President Trump leaves open the possibility of future transfers.

“Nothing in this order shall prevent the Secretary of Defense from transferring any individual away from the U.S. Naval Station Guantanamo Bay when appropriate,” said the order. 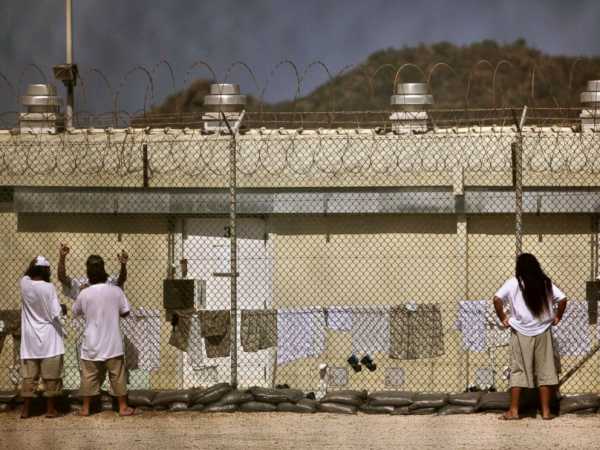 Brennan Linsley/ReutersDetainees talk together inside the open-air yard at the Camp 4 detention facility at Guantanamo Bay U.S. Naval Base in Cuba, May 31, 2009.

The executive order will also allow future detainees to have their cases by periodic review boards that will determine if they are no longer enemy combatants eligible for release.

The order “preserves a vital tool to protect the United States and its citizens from continuing significant threats,” said a White House fact sheet. “The detention of enemies captured in an armed conflict is a lawful and necessary tool of warfighting that must continue to be available to the United States.” 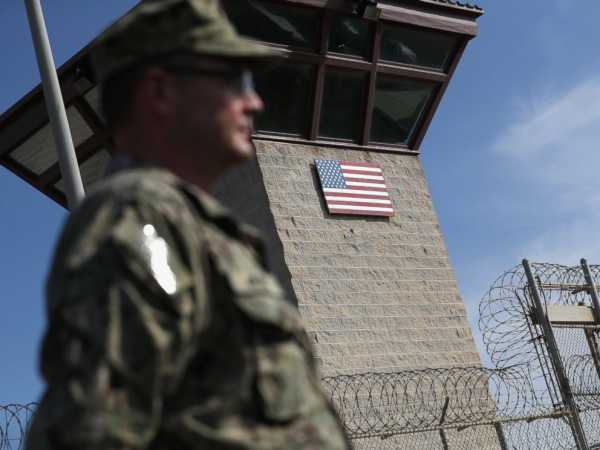 Who might qualify as a future detainee at Guantanamo remains an open question that will be determined by Secretary Mattis’s review.

For example, will American citizens be eligible for detention at Guantanamo?

The ACLU is currently advocating on behalf of a Saudi-American citizen currently detained by the U.S. military in Iraq for having fought with ISIS. It’s unclear if the detainee will be transferred to Iraq’s control, to Saudi Arabia instead or remain in U.S. custody.

And could it now be possible that hundreds of ISIS fighters being detained by U.S. partners in Syria and Iraq could come under U.S. control?

On Tuesday, General David Selva, the vice chairman of the Joint Chiefs of Staff, told reporters that the United States is assisting efforts to have those fighters repatriated to their home countries for prosecution.

“So if the home governments are willing to take these individuals back for the purposes of prosecution, then that is a way to thin the herd a little bit and prevent the longer-term sort of consolidation of foreign fighters in places for long periods of time,” said Selva. “And so that’s the effort that we’re undergoing right now. ”