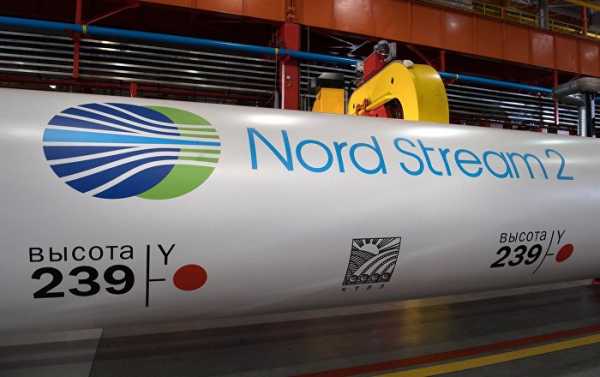 Germany has allowed Russia’s Gazprom to build and operate the Nord Stream 2 gas pipeline in the country’s territorial waters.

The decision comes as bad news for Poland, which fears Nord Stream 2 would will increase Europe’s dependence on imported Russian gas.

In a last-ditch attempt to thwart the construction of the strategic pipeline, which is to run under the Baltic Sea from Russia to Germany, Polish Prime Minister Mateusz Morawiecki has asked US Secretary of State Rex Tillerson to make sure that US sanctions cover Nord Stream 2 and that European companies involved in the project be fined.

“Yes, we talked about Nord Stream 2. We want the construction of the Nord Stream 2 pipeline to fall under the US sanctions bill…which includes, among others, sanctions against Russia,” the Polish PM said in a newspaper interview on Monday.

Deputy Director of the Russian Humanitarian University’s International Business School, Lyudmila Studenikina, explains Warsaw’s emphasis on the two countries’ shared anti-Russian sentiments as an attempt to cash in on the desire of US shale gas companies to enter the EU fuel market.

“These statements and actions are dictated by geopolitical considerations, including Washington’s plans to gain a foothold in and eventually dominate the European energy market,” she told RIA Novosti.

The Americans want to use Poland as a gateway to Europe.

Last year, Poland’s state-ownedoil and gas company PGNiG became the first in the EU to ink a five-year contract for liquefied natural gas deliveries from the United States.

Since then, 14 tankers carrying liquefied natural gas from the US have arrived in the Polish port of Swinoujscie bringing 1.6 billion cubic meters of gas.

Poland’s yearly consumption of natural gas is 15 billion cubic meters, two-thirds of which come from Russia.

There is more to Warsaw’s desire to supplant Russian gas with one gas from the US or from elsewhere, though. Poland wants to become a premiere gas hub for Eastern and Central Europe, with plans to bring the annual capacity of the port in Swinoujscie to 7.5 billion cubic meters.

Warsaw expects to get another 10 billion cubic meters from the North Sea gas fields via the Baltic Pipe, which is to run from Denmark under the Baltic Sea.

Experts have doubts about the feasibility of these plans, however, with Studenikina describing the decision to expand the Swinoujscie terminal as politically motivated and too expensive for Poland to finance alone.

The biggest irritant for Poland is the Nord Stream 2 pipeline, which throws into question the economic viability of Warsaw’s vision of diversified natural gas supplies to Europe.

Moreover, pipeline gas is always cheaper than LNG, with experts saying that Poles will have to shell out around 1 billion euros more for US gas compared to similar volumes provided by Russia’s Gazprom.

Europeans know how to count their money and as soon as Nord Stream 2 goes on-stream, Poland will have to forget about its ambitions to call the shots on the European gas market.

It aims to deliver 55 billion cubic meters of Russian natural gas a year to the European Union, across the Baltic Sea to Germany.