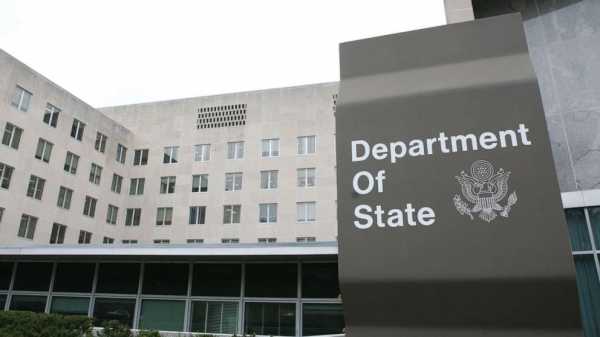 A Trump administration official who once mused about dropping nuclear bombs on Afghanistan is now a senior adviser for arms control at the State Department.

Frank Wuco, a former conservative talk radio host who was the White House adviser to the Department of Homeland Security, also has promoted conspiracy theories — a history that drew criticism last year but appears to have not affected his role in the administration.

Wuco’s hiring at State was first reported by The Washington Post.

(MORE: 2 US service members killed in helicopter crash in Afghanistan)

In January 2016, Wuco, a former Navy intelligence officer who led the Department of Homeland Security’s implementation of executive orders like the travel ban, told the Dougherty Report, “My preference would have been to have dropped a couple of low-yield tactical nuclear weapons over Afghanistan the day after 9/11 to send a definite message to the world that they had screwed up in a big way.” 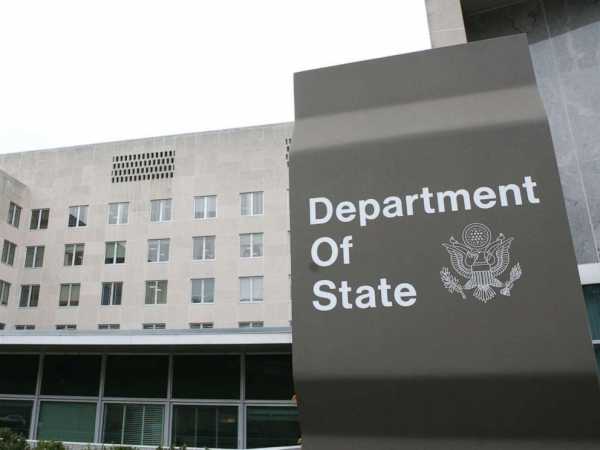 A sign for the Department of State sits outside the Harry S. Truman Building in Washington, Nov. 30, 2010.

Important to note, his position may align with his boss’s. President Donald Trump also has openly mused about deploying weapons stronger than nuclear weapons against the Taliban in Afghanistan, although it’s unclear what those would be.

Last year, Wuco came under heavy criticism after CNN resurfaced several instances of him promoting conspiracy theories on talk radio, including that former President Barack Obama was not born in the U.S., that former CIA Director John Brennan converted to Islam, that former Hillary Clinton aide Huma Abedin is a member of the Muslim Brotherhood and that former Attorney General Eric Holder was a Black Panther member.

The State Department is facing other personnel issues with arms control, as there’s no assistant secretary leading the bureau, nor an undersecretary for Arms Control and International Security Affairs.

It comes at one of the most critical times for arms control policy, with China strengthening its military, Russia expanding its missile inventory, persistent nuclear challenges with Iran and North Korea, more countries from the Middle East to East Asia weighing the pursuit of nuclear weapons, and Cold War-era arms-control pacts like the Intermediate-Range Nuclear Forces Treaty collapsing.