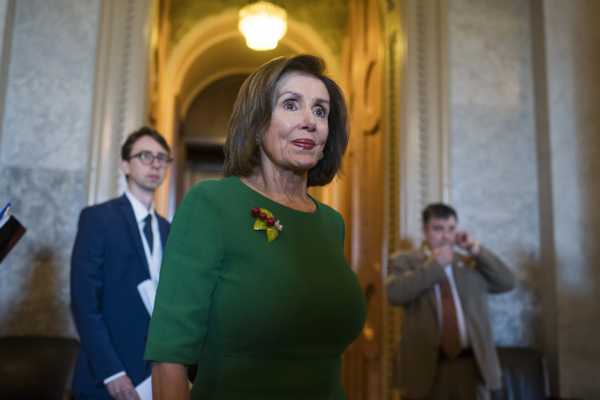 The Fifth Circuit is currently weighing the latest legal challenge to the Affordable Care Act, and recent oral arguments have many wondering if this could be the suit to pose an existential threat to the law.

A panel of three justices on Tuesday heard oral arguments in Texas v. Azar, a suit brought by 18 state attorneys general from Republican-leaning states that argues that the ACA is unconstitutional because Congress has rolled back the penalty Americans once had to pay if they didn’t have health insurance, known as the individual mandate. Legal experts across the ideological spectrum have widely dismissed the case, calling its arguments “nonsensical,” “absurd,” and “insanity on paper.”

The reactions from two of the judges on the three-person panel that presided over oral arguments on Tuesday, however, surprised many observers in how seriously they were treating the plaintiffs’ reasoning.

“It’s always a little bit hard to know, but I know the consensus coming out of yesterday … is concern,” University of Pennsylvania law professor Allison Hoffman told Vox. “The fact that the two Republican appointees were very vocal and that third judge was not, that could very well be a very literal sign of what’s likely to come out of this case.”

Throughout the arguments, Judges Jennifer Elrod and Kurt Engelhardt, both Republican appointees, showed skepticism to lawyers defending the ACA on behalf of a slew of Democratic-leaning states and House Democrats. They peppered the lawyers with questions about the constitutionality of the individual mandate — and the law writ large. As part of this case, they’ll have to determine if they agree with a district court ruling from Judge Reed O’Connor — who deemed both the individual mandate, and the entire ACA unconstitutional.

Elrod and Engelhardt’s questions on Tuesday had legal experts wondering whether they also bought into O’Connor’s logic. “If you no longer have the tax, why isn’t it unconstitutional?” Elrod asked at one point.

It’s not clear if the judges’ questions mean the Fifth Circuit will ultimately agree with O’Connor’s conclusions, or whether they were just rigorously questioning both sides in order to be confident ruling against the plaintiffs and effectively ending the lawsuit, Hoffman said. (If they affirm O’Connor’s decision, the case is all but certain to be taken up by the Supreme Court, but experts say the nation’s highest court is less likely to consider it if they reject the lower court’s decision.)

This week’s hearings do at least indicate the appeals court is reckoning with the substance of the case — and not just reviewing procedural aspects, like the standing of the plaintiffs and intervenors.

I spoke with Hoffman, a health policy expert who’s been following the case closely, to get a better sense of how to interpret the judges’ questions this week and walk through a couple scenarios of what could happen next. This interview has been condensed for length and clarity.

Legal experts have said this case is indefensible and “absurd.” Yet two Republican appointees on Tuesday seemed open to the arguments about the constitutionality on the individual mandate — and the ACA writ large. What did you make of this dynamic?

If you think of the flow of the questioning, Judges Elrod and Engelhardt were questioning the [Democratic] intervenors very strongly — and much more strongly on the question of severability than the consensus from the legal community would have anticipated.

It’s always a little bit hard to know, but I know the consensus coming out of [Tuesday] … is concern.

[Members of the legal community] were reading the aggressiveness of the questioning as likelihood that the judges would hold up at least part of the decision below and that’s possible. It may be that that’s the way they were leaning. And the fact that the two Republican appointees were very vocal and that third judge was not, that could very well be a very literal sign of what’s likely to come out of this case.

It could also be that they were pushing very hard on the intervenors to see the strength of the legal arguments. If this court decides the individual mandate is still constitutional, that it could still be read as a tax, or they decide that the [individual mandate is constitutional, but severable from the rest of the law], then their word could be the final word on this case, maybe the Supreme Court doesn’t take the case.

Another possible reading of what they were doing was dotting every i and crossing every t to make sure that the arguments were really strong enough if they are the final arbiter, they could take that position with confidence.

Especially from Engelhardt, there was a great deal of skepticism on the severability piece, so I’m not sure that was really what was going on.

Multiple lawsuits challenging the ACA — including this one — have been described as “frivolous.” How do they keep making it this far?

Is it too early to say things did not go well for the ACA based on what we saw in oral arguments?

Just from what I listened to, I still think it’s not knowable how it will be going.

One of the questions that came up was about whether Congress needed to be more explicit about its intentions to preserve the law. Do you see this pushback as valid?

So, sometimes laws have clear severability clauses, so it’s not totally in left field to say something like that. But often, they don’t, and judges make these decisions on severability. It’s common for courts to have to make decisions about severability.

Another point that was raised was that the Senate should have gotten involved in the case. Do you see the lack of the Senate’s engagement as potentially damaging to the defense of the ACA?

So Judge Engelhardt was pushing on this and he was really trying to figure out what the role of the House of Representatives was there. So some of that was going to the standing question, why does the House have standing? Can the House speak for Congress? To me, a lot of that conversation was a back-and-forth on the question of standing for the House. The most negative implications of that conversation for the case would be that the court would change its mind as an intervenor in the case.

So, the Senate not participating doesn’t necessarily speak to the issue of congressional intent as much?

Given the focus that the judges put on different issues, including the standing of the plaintiffs and the intervenors, and the substance of the case, do you see the final Fifth Circuit decision focusing more on the substance over procedure?

I think they are going to talk about substance. This is a total prediction and I could be wrong, but I thought that the court might try to focus less on the substantive issues by focusing on the procedural ones. And I’m less confident about that after listening to the oral arguments.

Going into the arguments, I thought there was a 50/50 chance they were going to decide the case on procedural grounds and now I would put it at a 10 percent chance.

One of the judges also alluded to the need for a political solution to codify changes to the ACA. How did you interpret this point?

I think it was a suggestion that Congress should fix this, that the courts shouldn’t be coming in and trying to figure out what provisions should stand and what shouldn’t stand. That’s for Congress to make clear in the first place or fix if they don’t do it well. It’s a common balance of powers argument is that if the court does something Congress doesn’t like, that Congress should fix it. If it says the individual mandate is unconstitutional and unseverable, then they should just pass the ACA again without the individual mandate, is the baseline legal argument.

Of course, when you think about that legal argument in the context of the political moment we’re in and how much work it took to pass the ACA, then it’s just an empty argument.

Let’s talk through some scenarios. What happens if the Fifth Circuit determines that the individual mandate is unconstitutional, but not the rest of the law?

They have two choices: they could say that the individual mandate is unconstitutional and it is severable from the entire law. And what [House Democratic Counsel Douglas] Letter was saying, ‘You have the ability to say that, you could have the final word,’ and then the case does not go back down again. And if that happens, then the plaintiffs would appeal to the Supreme Court who may or may not take it.

There was a second possibility they talked about, which is that they could decide that it’s partially severable. And [Judge Elrod] was suggesting if that was the decision, then it needs to go back down to Judge O’Connor to determine which provisions were severable and which were not. That they’re not the court to make that kind of decision. So then they would send it back down and the parties would have to [address] that question and O’Connor would have to make another decision, and it could get appealed back up again.

What happens if the Fifth Circuit decides the entire law is unconstitutional?

What happens if they completely reject O’Connor’s argument and uphold the constitutionality of both the individual mandate and the law itself?

Then the plaintiffs appeal to the Supreme Court. And the Supreme Court decides whether they want to take the case or not. That’s the situation where I can imagine Chief Justice Roberts and the Court deciding not to take the case. That’s their opportunity to decide ‘We’ve done enough with the question of whether the ACA should stand or not and we’re going to let it rest.’

Given the current composition of the Supreme Court, how would you see them ruling if they were to ultimately consider the case?

I really hope I do not eat my words on this one. But I’m very confident that the Supreme Court will not strike the entire ACA. If they decided on the substance, then there’s either a decision that the individual mandate is still constitutional … or that it’s unconstitutional and it’s severable from the rest of the law.

They could rehear the standing issue and they could decide something like the plaintiffs didn’t have standing to bring the case in the first place. So they could punt on the issue and decide it on procedural grounds as well.