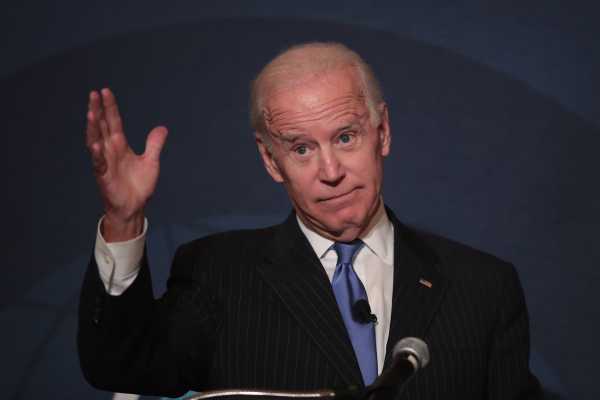 In advance of a speech in New York on Thursday in which Biden will lay out his own views on foreign policy, the former vice president released a short video slamming Trump’s handling of world affairs.

The video presents the five core elements of what Biden calls “The Trump Doctrine”:

The video ends with a close up of Trump’s face, then a cut to a black screen and the words “Reclaiming American leadership starts here.”

Put together, Biden’s political ad is a five-point broadside that is sure to make Democrats nod and Republicans scoff.

The problem is it comes up short in two big ways.

First, it lacks any specifics about what the former vice president would do to reverse Trump’s foreign policy. The roughly 100-second video effectively boils down to “Trump is bad” without offering why “Biden is good.” (Biden will hopefully offer a bit more detail on how he would conduct foreign affairs differently than Trump during his speech later on Thursday.)

Second, it conveniently overlooks some of Trump’s successes on the world stage. For example, his administration destroyed ISIS’s physical “caliphate,” improved ties with Israeli’s government (though angering Palestinians), began peace talks with the Taliban in Afghanistan that seem to be bearing (some) fruit, and renegotiated and updated the North American Free Trade Agreement known as NAFTA.

Which means Biden’s challenge on Thursday will be to go beyond criticism of Trump’s foreign policy and actually explain how he’d do things better.

The hope is that the video serves as an opening line, and not the entire message.