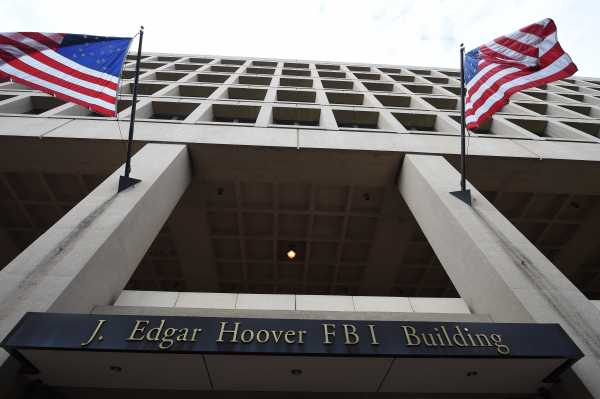 The most explosive revelation in the newly released inspector general’s report on the FBI and the 2016 election is just three words long: “We’ll stop it.”

A few months before the 2016 election, FBI agent Peter Strzok sent the phrase in a response to FBI attorney Lisa Page, who’d texted him worried Trump might win. “No. No he won’t. We’ll stop it,” Strzok reassured her. The two were having an affair at the time.

Strzok was in a position at the time to act on that promise. He was the deputy head of counterintelligence at the FBI, working on both the Trump-Russia probe and the investigation into Hillary Clinton’s private email server.

Despite Strzok’s extremely inappropriate texting — it’s wildly improper for someone in his position to express animus or favoritism toward a particular candidate — the inspector general found no evidence that Strzok acted on his text to Page.

“Our review did not find documentary or testimonial evidence directly connecting the political views these employees expressed in their text messages and instant messages to the investigative decisions we reviewed,” the IG report states.

But Republicans and the president’s media allies are spinning the revelation differently. They say it backs up President Donald Trump’s argument that the FBI is a corrupt institution, out to get him for political reasons — that they tried to torpedo his campaign:

This is a story that requires careful parsing. There’s real wrongdoing here on Strzok’s part. He should not have said what he said. And there are real questions about why this text wasn’t disclosed to congressional investigators looking into similar issues.

But it also does not vindicate the president’s claim that the Russia investigation is a “witch hunt” launched by the FBI for political reasons.

Two things can be true at once.

Why “we’ll stop it” matters

Strzok and Page have been in the crosshairs of the White House and its defenders since the mid-December release of their personal messages. In the messages, neither of them make any secret about their hatred of Trump. Strzok referred to Trump as a “douche” and an “utter idiot” and told Page that Hillary Clinton “just had to win” the race.

Most damningly from the Republican point of view, Strzok once referred to an “insurance policy” against Trump winning. It wasn’t exactly clear what he meant — in context, it didn’t seem connected to any actual plot against Trump — but it was enough to turn him into the poster boy for the president and his allies in their campaign to discredit the Russia investigation. Trump has referred to them as, among other things, “the incompetent & corrupt FBI lovers.”

The core point here — that Page and Strzok were behaving inappropriately — is pretty much impossible to deny. When special counsel Robert Mueller found out about the texts last year, he removed Strzok from his post working on the Russia investigation (he’s currently been reassigned to the FBI’s HR department, somewhat ironically).

But there’s nothing in the Strzok-Page texts to suggest some kind of institutional bias against Trump in the FBI, nor is there any evidence that Strzok actually abused his position of influence to persecute Trump. Or at least there wasn’t, until the Strzok text released today.

Again, it’s not clear exactly what Strzok meant. Was the “we” in “we’ll stop it” the FBI, or is it something more vague (i.e., “we the people” will “stop” Trump by voting for Clinton)? It’s hard to say, but the former reading is certainly very plausible. And if that’s correct, then it could easily be seen as a promise to take action to thwart the Trump campaign.

Some prominent conservatives have taken this as proof in and of itself that there was political bias at the FBI.

“This text from Strzok to Page could and should completely destroy whatever faith that America still had in the legitimacy of the Russia investigation,” Ben Shapiro, editor of the right-wing Daily Wire, writes. “How could the IG … find that no political bias was present in the actions of the FBI?”

The answer to Shapiro’s question comes on page 178 of the (admittedly lengthy) IG report. Investigators, they explain, looked into Strzok and Page’s conduct after they came across the texts that seemingly threatened the Trump campaign, and examined internal FBI records of the meetings concerning Trump that the couple was involved in. Here are their key conclusions:

Inappropriate text messages do not, in and of themselves, amount to an abuse of power. Either Strzok never intended to act on his words or more professional members in the FBI prevented him from acting in a politically motivated fashion. Whichever of those is the case, it’s an indictment of Strzok personally — but has little significance for whether the broader Russia probe can be seen as a legitimate enterprise.

The more sophisticated argument you’re hearing from Trump allies, including some members of Congress, is that the “we’ll stop” text should have been disclosed earlier. The text preceding it, Page’s question about Trump’s chances, was published in a Senate Homeland Security Committee report earlier this year — yet Strzok’s response was somehow omitted. Congressional Republicans are wondering if it was omitted intentionally:

This is a legitimate line of inquiry. It’s possible there was some technical glitch, or some error on the part of congressional investigators rather than the FBI. But it’s also possible that someone in the FBI was trying to cover up Strzok’s most embarrassing messages, basically to prevent the bureau from getting egg on its face. We need more investigation to know either way.

But even then, the question has no obvious bearing on whether the Russia investigation itself is legitimate. Again, Mueller dismissed Strzok precisely because he thought the texts were inappropriate. Absent any evidence that this concretely affected the investigation — caused FBI agents to lie to a judge, caused them to harass a Trump family member or associate, etc. — there is simply no legitimate way to jump from what we know now to the “witch hunt” conclusion that Trump wants.

But the truth is that Trump’s entire approach to this investigation is obfuscation — by spinning innocuous things into major scandals, or even outright lying about what the FBI has and hasn’t found. No matter the truth behind the Strzok texts, a subject that does raise legitimate questions, it’ll be used as part of an overall narrative of an anti-Trump FBI that simply is not supported by the facts.

The Strzok text messages are real. The narrative they’re being used to support is a lie.