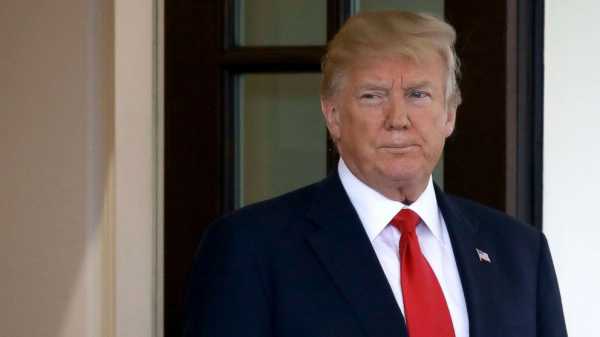 One week from now, there might be a broad immigration agreement on top of the new tax law. Or … the federal government could shut down, and 800,000 “Dreamers” might have to start making plans to leave the country, and so-called “s—hole countries” will surely take a chunk of presidential blame.

The insane pace of developments in the Trump era have often looked like the kind of chaos that only a “stable genius” might be able to appreciate. This sure doesn’t look like an environment for bipartisan compromise to take hold.

But even amid talk of racial dog whistles and worse, recent events reveal a coping mechanism that Washington has begun to employ– maneuvering around the president’s words and tweets at key times.

The Trump agenda is many things, and Trump’s latest comments represent many more. But Trump’s Washington is still moving fast – just not always as the result of the president’s own leadership, or in the directions he wants it to move.

Once again the president’s language seems to divide Americans and American residents, or at least, perhaps more specifically in this case, divide the world into areas he likes and areas he does not like.

When the president asked why the U.S. would want some immigrants over others from, as he put it, “s—hole countries,” he presented a worldview where some people are more valuable based on birthplace, a world where people should be sorted.

This president has an unusual habit of sorting, talking in terms of us vs. them, good vs. evil, him vs. everyone else. When the president talks constantly about his former political enemies, he alienates and “other-izes” those who voted for her. He reminds people of teams. When the president talks disparagingly about where some immigrants came from, he risks pitting neighbor against neighbor based on the color of their skin or their accent.

Ethnic minorities and non-native born Americans serve in the military in incredibly high rates and new immigrants are often heralded as great soldiers. They contribute to their communities and the economy in significant ways.

While of course there will always have to be tough decisions about who can immigrate and when, and while the country voted for the president’s hard line approach on this issue, writing off sections of the globe whole cloth had felt, for a while, to be a thing of the past.

The TIP with Arlette Saenz

House Minority Leader Rep. Nancy Pelosi is getting criticized for a nickname she has for the bipartisan leadership group talking about immigration.

“Five white guys I call them,” Pelosi said at her weekly press conference, jokingly asking whether they were going “to open a hamburger stand next or what?” Five Guys, of course, is the national hamburger chain.

Now, it seems Pelosi’s comments have set off a little intra-party squabble.

Hoyer, part of the House and Senate leadership group that met on DACA Thursday, is calling Pelosi’s suggestion “offensive.”

“That comment is offensive. I am committed to ensuring DREAMers are protected and I will welcome everyone to the table who wants to get this done,” Hoyer said in a statement.

“My parents came from one of those countries but proudly took an oath of allegiance to the United States and took on the responsibilities of everything that being a citizen comes with… The president must apologize to both the American people and the nations he so wantonly maligned,” — Rep. Mia Love of Utah, the first Haitian American Republican woman to be elected to Congress. Love issued her statement in response to sources saying President Trump raised questions about people from Haiti, Africa and “s—hole countries” coming to the United States.