With the midterm elections three months away, Americans maintain a sour view on the state of the economy and are pessimistic about its future course, with President Joe Biden’s approval rating across a range of issue areas continuing to suffer, according to a new ABC News/Ipsos poll.

More than two-thirds (69%) of Americans think the nation’s economy is getting worse — the highest that measure has reached since 2008, when it was 82% in an ABC News/Washington Post poll. Currently, only 12% think the economy is getting better and 18% think it is essentially staying the same.

Americans' views of Biden's handling of the economic recovery remain overwhelmingly negative — and are virtually unchanged from the same poll in early June, with only 37% of Americans approving of the job the president is doing and 62% disapproving in the latest ABC News/Ipsos poll, which was conducted using Ipsos' KnowledgePanel.

The president’s rating on inflation is even worse, with 29% of Americans saying they approve, while 69% disapprove. This number is also unchanged since June. 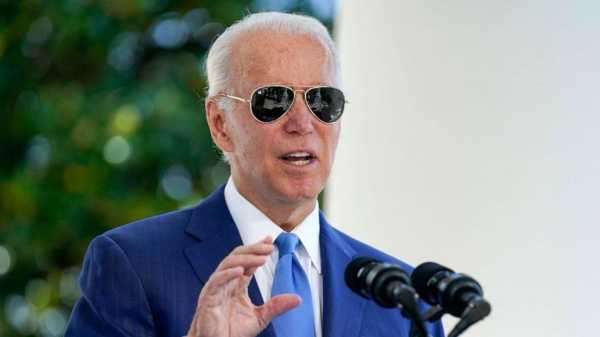 This comes as the country has seen the average cost for a gallon of gas come down — price drops celebrated by the White House.

The low confidence in Biden’s handling of the economy and inflation comes on the heels of Friday’s jobs report, which showed that 528,000 jobs were added in July, according to the Bureau of Labor Statistics. Americans also saw the unemployment rate go down to 3.5%.

In a statement released Friday, Biden touted the July jobs report, saying that it shows that his administration is “making significant progress for working families." 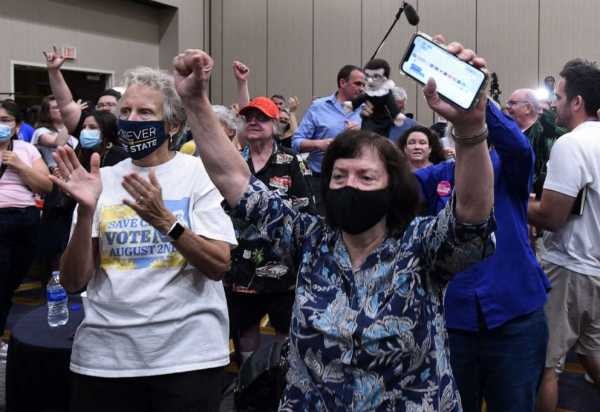 Supporters cheer, as the proposed Kansas Constitutional amendment fails, as they watch the call from the networks during Kansas for Constitutional Freedom primary election watch party in Overland Park, Kansas, August 2, 2022.Dave Kaup/AFP via Getty Images

There are other glimmers of hope for the Democrats in the latest ABC News/Ipsos poll when it comes to the potential impact abortion could have on how voters cast their ballots this November.

This comes after voters in the deep red state of Kansas voted to preserve the right to an abortion in the state’s constitution, shocking the country in the first state-level test since the Supreme Court overturned Roe v. Wade.

In a statement from Biden on the defeat of Kansas’s abortion amendment, he called on Congress to “listen to the will of the American people and restore the protections of Roe as federal law.”

This ABC News/Ipsos poll was conducted using Ipsos Public Affairs‘ KnowledgePanel® August 5-6, 2022, in English and Spanish, among a random national sample of 665 adults. Results have a margin of sampling error of 4.2 points, including the design effect. Partisan divisions are 29-25-40 percent, Democrats-Republicans-independents. See the poll’s topline results and details on the methodology here.