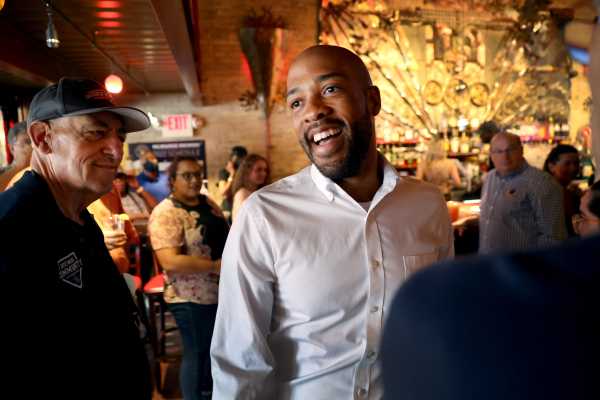 Primary elections continued on Tuesday. In Vermont, Wisconsin, and Minnesota, progressives — as incumbents and in open races — had a solid night, either clearing the field before primary day or beating back challengers.

Republicans in Wisconsin and Connecticut, the fourth state to hold primaries Tuesday, split between supporting establishment-backed candidates and Trump-boosted challengers to take on Democratic incumbents in the governor’s office (Wisconsin) and the US Senate (Connecticut). Still, just one day after the FBI raided his residence in Mar-a-Lago, Trump’s influence over the party remained certain, with successful endorsements in both states — and a concession by an incumbent Republican who voted to impeach the then-president.

Here are three winners and one loser from the day’s races.

Progressives cruised to victory in their primaries in Vermont and Wisconsin; in Minnesota, Squad member Rep. Ilhan Omar had a close primary, however, just eking out a win. It was a surprising turn of events given the advantage incumbents typically enjoy. In most cases, all the progressives who won their races did so in deep blue territory and are widely expected to go on to win their seats.

Vermont Senate President Pro Tempore Becca Balint, who was backed by Sen. Bernie Sanders and a slate of other progressive leaders, prevailed over Lt. Gov. Molly Gray in the state’s first wide-open US House race since 2006. Gray has earned endorsements from moderates — including former Govs. Madeline Kunin and Howard Dean as well as retiring Sen. Patrick Leahy — and was portrayed by Balint as a “corporatist and a catastrophe for the left.” The seat is rated “solid Democrat” by the Cook Political Report, meaning that Balint will likely become the first woman and first openly gay person to represent Vermont in Congress.

Rep. Peter Welch, a member of the Congressional Progressive Caucus who was also backed by Sanders, cleared the field early in his bid to replace Leahy in the Senate after 15 years serving as Vermont’s only House member. His Democratic opponents, Dr. Niki Thran and Isaac Evans-Franz, never came within striking distance. He’s also heading into November as the clear favorite and would be only the second Democrat ever elected to the US Senate from Vermont. Leahy, the first, has served since 1975; the state’s other senator, Bernie Sanders, caucuses with the Democrats, but is an independent.

In Minnesota’s Fifth District, which is also rated “solid Democrat,” progressive Squad member Rep. Ilhan Omar narrowly fended off a challenger from her right, Don Samuels, leading by just over 2 percentage points as of Tuesday night. She faced a similar challenge in 2020, and won by a nearly 20 percentage point margin. 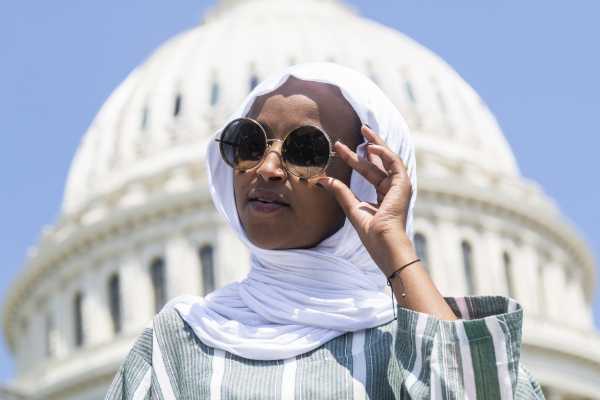 Samuels, a former Minneapolis City Council member, promised to be a more moderate representative, and ran heavily on public safety. He helped defeat a proposed ballot measure to replace the Minneapolis Police Department with a new Department of Public Safety after a city police officer killed George Floyd in May 2020. Omar, a proponent of the progressive movement to “defund the police,” had supported the proposal. Clearly, Samuels’s message resonated in the district, and his near-win will likely encourage future challenges to Omar.

Rep. Betty McCollum, who represents Minnesota’s neighboring Fourth District, successfully defended her progressive record against Amane Badhasso, who came to the US as a refugee from Ethiopia and sought to portray herself as a new generation of progressive. It’s also considered a safe Democratic seat.

Wisconsin Lt. Gov. Mandela Barnes effectively won the Democratic nomination to challenge Republican Sen. Ron Johnson before Election Day even began. The Democratic primary was initially crowded, but Barnes’s three main rivals — Milwaukee Bucks executive Alex Lasry, Wisconsin state treasurer Sarah Godlewski, and Outagamie County Executive Tom Nelson — dropped out of the race weeks ahead of the primary to coalesce behind him, hoping that doing so would boost Democrats’ chances of winning what is shaping up to be one of 2022’s most competitive Senate races. —Nicole Narea

The Washington state Republican, one of 10 GOP House members who voted to impeach Trump after the January 6 Capitol attack, didn’t have her primary on Tuesday. But she did concede defeat Tuesday night after a Trump-backed challenger solidified a narrow lead in last week’s primary.

Herrera Beutler was starting a sixth term as a member of Congress when she voted to impeach Trump, inciting the former president’s fury and a primary challenge from Joe Kent, a Trump-endorsed former Army Green Beret. He will now be the GOP’s candidate in the state’s Third Congressional District, just north of Portland, Oregon.

With her primary loss, only one Republican who voted to impeach Trump appears likely to return to Congress, Rep. Dan Newhouse, of Washington’s Fourth Congressional District. Four decided not to run for reelection; four others, including Michigan Rep. Peter Meijer last Tuesday, lost their primaries. —Christian Paz 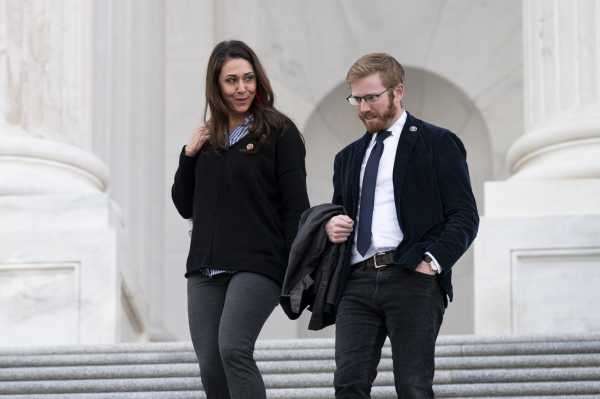 Just a day after the FBI raided his Florida home, Donald Trump’s bets in an array of primary contests Tuesday night seem to have paid off. Unlike on other primary days, the former president’s picks weren’t necessarily clear winners — this time, Trump took some risks in order to pursue grudges and boost candidates who more fully embraced his election lies.

His pick in Wisconsin’s Republican primary for governor, the businessman and political outsider Tim Michels, was on track to defeat the establishment-backed former Lt. Gov. Rebecca Kleefisch — whom former Vice President Mike Pence endorsed. That win follows a similar one for Trump in Arizona, where his gubernatorial candidate, Kari Lake, defeated Pence’s pick, Karrin Taylor Robson (as well as a Pence victory over Trump in Georgia back in May).

At the state government level, Robin Vos, the powerful Republican speaker of the Wisconsin assembly and perennial antagonist to the state’s Democratic governor, came out less than 2 percentage points ahead of Adam Steen, a Trump-endorsed challenger, on Tuesday night. Steen lost, but he did surprisingly well for a political newcomer with a small operation whom Trump seemed to back out of spite for Vos not trying harder to overturn the state’s 2020 election results. Trump-backed candidates in another Wisconsin state assembly race and a US House race, Janel Brandtjen and Derrick Van Orden respectively, both ran uncontested.

Herrera Beutler’s loss was one of several signals Tuesday night that the GOP has gone all-in on Trump’s 2020 election lies.

In the Republican primary for governor in Wisconsin, the Trump-endorsed victor, businessman Tim Michels, has said that he agrees with Trump that there was election fraud in 2020 and that, as governor, he would consider signing a bill that would decertify the 2020 election results, even though there is no legal mechanism to do so. He has also said that he supports dismantling the Wisconsin Elections Commission, a bipartisan organization that presides over elections in the state. His rival, Lt. Gov. Rebecca Kleefisch, took similar stances. 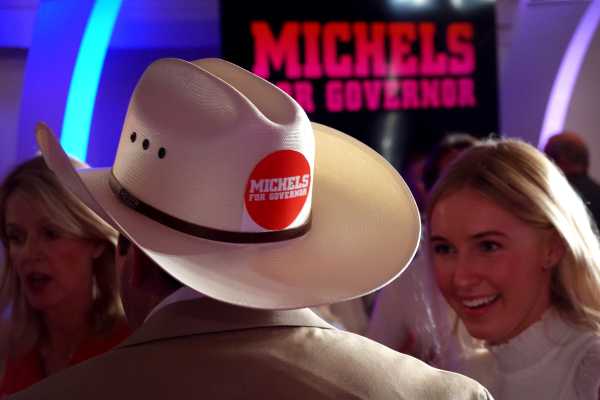 In Connecticut, Dominic Rapini, the former board chair of a group that has advanced claims of voter fraud, won the GOP nomination for secretary of state. He has said that his first act in office would be to eliminate the position of Connecticut’s elections misinformation officer, who will be hired this year to monitor the internet and defend against foreign and domestic interference in elections conducted in the state.

Trump-backed Adam Steen, who ran on a platform of decertifying the 2020 election results in Wisconsin, quickly came within striking distance of incumbent Assembly Speaker Robin Vos, who has been in the assembly since 2005. As of Tuesday night, Steen lost by less than 2 percentage points — a much smaller margin than anticipated, given his lack of a large campaign.

Other GOP candidates who prevailed on Tuesday, including Levy in Connecticut, have gestured more broadly at the importance of “election integrity” in the wake of 2020 and accused Democrats of making elections less secure.

It wasn’t just Trump’s election lies that saw success Tuesday, but his penchant for downplaying Covid-19 as well. Scott Jensen, a physician and former Minnesota state senator, won the Republican primary for governor after falsely claiming that Covid-19 death tolls were inflated. He argued that they were “skewed” because they accounted for elderly people who would have died within a few years anyway, and has also criticized incumbent Democratic Gov. Tim Walz’s vaccine mandates. —NN