The motion to proceed on the $739 billion climate, tax and health care bill passed in a 51 to 50 vote. Vice President Kamala Harris cast the tie-breaking vote.

Now, Republicans and Democrats have up to 10 hours each to debate the spending bill, though it's not yet clear how much of the allotted debate time each side will use. After that, they'll move ahead to the consideration of amendments in a marathon session dubbed the "vote-a-rama."

Senators can offer an unlimited amount of amendments, and Republicans have already pledged to bring up several on issues like immigration, the border, energy and crime.

"What will vote-a-rama be like? It'll be like hell," Sen. Lindsey Graham, R-S.C., told reporters on Friday.

"These efforts will not deter us," he said during remarks on the Senate floor. "No matter how long it takes, the Senate is going to stay in session to finish this bill."

"We are not leaving until the job is done," he added.

Democrats are fast-tracking the legislation through a process known as reconciliation, which allows them to pass the bill through a simple majority vote. All 50 members of their caucus need to back the bill in order for it to pass, with Vice President Harris acting as a tiebreaker. 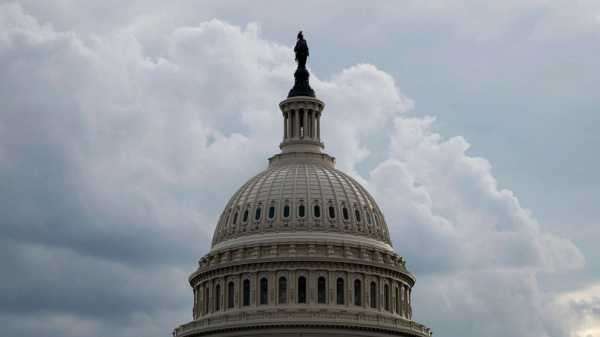 Sen. Kyrsten Sinema, D-Ariz., cleared the way for the Inflation Reduction Act to move forward when she announced her support on Thursday after tax provisions targeting wealthy hedge fund managers and private equity executives she opposed were removed from the bill.

Sinema, who was the last Democratic holdout, said she'd sign on "subject to the parliamentarian's review."

On Saturday, the parliamentarian gave the green light to most of the drug pricing provisions in the bill, except for a provision that aimed to penalize drug companies that raise the prices of some prescription drugs faster than inflation for patients with private insurance.

"Democrats have received extremely good news: for the first time, Medicare will finally be allowed to negotiate prescription drug prices, seniors will have free vaccines and their costs capped, and much more. This is a major victory for the American people," Schumer said.

Sen. Ron Wyden, D-Ore., said the parliamentarian also signed off on his committee's clean energy tax package, which includes consumer credits for Americans to make energy efficiency improvements to their homes and for those who purchase electric vehicles.

President Joe Biden celebrated the movement on the bill, which encompasses key portions of his agenda. It's a "game changer for working families and our economy," he said on Friday.

The White House said Saturday it was "heartened to see the Senate make progress" on the Inflation Reduction Act.

Republicans are expected to be unanimous in their opposition to the Inflation Reduction Act, and have heavily criticized Sen. Joe Manchin, D-W.Va., for striking up the deal with Schumer.

"American families don't want Democrats policing what kinds of clothes and clothes driers they can put in their homes. What they want is for Democrats to start actually policing our city streets," said McConnell.