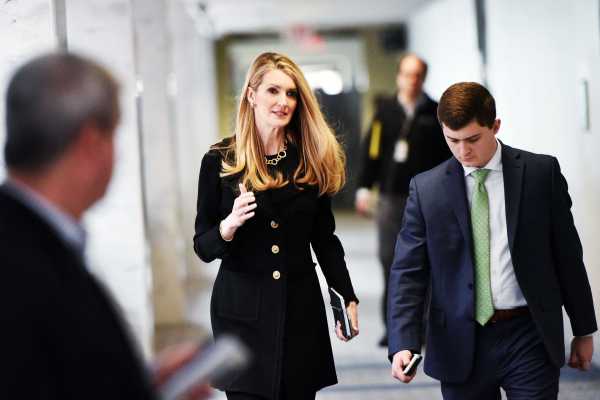 Sen. Kelly Loeffler (R-GA) benefited from stock trades worth millions of dollars shortly before the general public was alerted to the severity of the Covid-19 crisis, selling off shares in industries that have been adversely affected by the coronavirus pandemic and buying shares of companies that have benefited, according to an Atlanta Journal-Constitution (AJC) report published late Tuesday.

Loeffler, who sits on the Senate Health Committee, first began selling stocks on January 24 — the same day that committee held a private all-members session on Covid-19 — and continued making trades in late February and early March.

According to her latest financial

When challenged over the trades following prior reporting by the Daily Beast, Loeffler said the transactions were handled by third-party advisers, given that she is an elected official and her husband, Jeffrey Sprecher, is chair of the New York Stock Exchange and chair and CEO of its holding company, Intercontinental Exchange.

Additionally, a spokesperson for the senator told the AJC that the sell-offs were pre-planned in order to pay taxes, cover transaction costs, and produce “liquidity.”

Raising questions, however, is the fact that beyond Intercontinental Exchange, the couple also sold stock from other companies ultimately affected by the coronavirus, including a combined $155,000 or so from retailers Ross Stores, TJX Cos. (the parent corporation for T.J. Maxx and Marshalls), and upscale athletic-apparel company Lululemon over the same period of time.

And as Loeffler and Sprecher made those sales, a number of stocks added to their portfolio have seen gains as the Covid-19 crisis deepens. For instance, the couple obtained $206,777 in shares of chemical giant Dupont, which produces critical protective gear to combat transmission of the virus, in four separate transactions in late February and early March. They also acquired shares in telecommuting company Citrix on January 24 — again, the same day the Senate Health Committee held a private meeting about the coronavirus.

Four days after the briefing (and her acquisition of Citrix stocks), Loeffler accused Democrats of misleading the American public about the Trump administration’s response to the outbreak for political gain.

On March 19, Loeffler responded to the allegations in a statement on Twitter. “As confirmed in the periodic transaction report to Senate Ethics, I was informed of these purchases and sales on February 16, 2020—three weeks after they were made,” she said.

The trades have garnered attention due to both their timing and Loeffler’s public assurances that the Trump administration had the coronavirus situation well in hand. But Loeffler isn’t the only lawmaker to have faced questions over recent stock trading.

Lawmakers are barred from insider trading, but it’s difficult to prove

Government officials and lawmakers are often privy to key information — which could potentially be used to profit in the stock market — that isn’t available to the public. In mid-January, former Rep. Chris Collins (R-NY) was convicted of using his position to engage in insider trading and was sentenced to 26 months in prison.

After learning that a drug made by an Australian biotech firm had failed in clinical trials, Collins warned his son in a phone call he made from the White House — after which his son, his son’s fiancée, her parents, and others sold their stock in the company ahead of the test results being made public, according to CNBC.

Many other lawmakers, including former Georgia representative and Health and Human Services Secretary Tom Price, have been accused of insider trading but never convicted. Insider trading is often difficult to prove, since evidence is often circumstantial, and prosecutors must show that traders knowingly used inside information.

Members of Congress are barred from engaging in insider trading under the STOCK Act, as explained by Vox’s Ella Nilsen:

Along with Loeffler, several other lawmakers, including Sens. Richard Burr (R-NC), Jim Inhofe (R-OK), and Dianne Feinstein (D-CA), have been accused of engaging in potentially suspicious trading activity related to the pandemic, though all have denied doing so. Burr himself asked for a Senate Ethics Committee investigation into his own trading activity.

The Department of Justice, in conjunction with the Securities and Exchange Commission, has begun an investigation into lawmakers who may have tried to profit off inside information about the pandemic. The DOJ has yet to specify which members of Congress are or have been under investigation.

It’s possible that the trades were innocuous, but people’s nerves are frayed from dealing with the coronavirus pandemic itself as well as the resulting economic crash. The investigations will take time, and again, insider trading is difficult to prove. But even if all the lawmakers facing questions are cleared of wrongdoing, the situation may give additional weight to reforms being pushed by some of their colleagues.

For instance, Sen. Elizabeth Warren (D-MA) introduced wide-ranging anti-corruption legislation in 2018 that would have banned lawmakers from owning individual stocks altogether. And the HR 1 legislation that passed the House last year but has stalled in the Senate would tighten rules around lawmaker conflicts of interest, though it doesn’t specifically mention insider trading.

Joe Arpaio is running for sheriff again. It’s one of 3 key primary races to watch in Arizona.

Lawmakers still “not close” to a coronavirus stimulus deal, a day after $600 federal relief expired