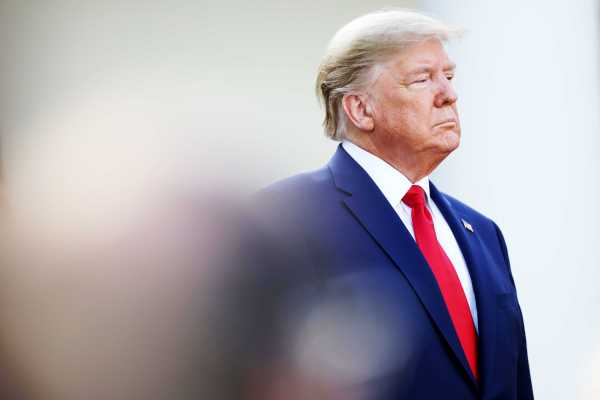 The Trump administration has reportedly declined to reopen enrollment under the Affordable Care Act so that people without health insurance — including some newly laid-off workers — can enroll in coverage during the coronavirus pandemic.

Trump administration officials had initially said they were considering creating a special enrollment period on Healthcare.gov for the pandemic after insurance companies and Democrats asked them to, but ultimately ruled against it, telling Politico they were “exploring other options.”

There are concerns of a significant increase in the uninsured rate after mass layoffs over the last month, as health insurance in the US is largely employment-based. Three million people filed initial claims for unemployment two weeks ago, according to Department of Labor data released last Thursday. Many of those people whose jobs did offer benefits now face losing their health insurance on top of everything else.

They, at least, will be able to enroll in a new insurance plan through the exchanges if they so choose: Though open enrollment for ACA plans ended on December 15, losing previous coverage is a qualifying life event that allows people their own special enrollment period.

But many who lost their jobs but not health coverage — including if they didn’t have any because their employers didn’t offer it — can’t purchase health insurance. If their household income drops low enough, they may qualify for Medicaid in the following month, but it’s not guaranteed.

The administration’s decision will only affect people in the 38 states for which the federal government administers the health exchange. Other states have created their own exchanges and can choose to reopen their markets if they wish — New York, California, and several other states, along with the District of Columbia, have already done so.

The coronavirus pandemic is not confined to those states, however. There are confirmed cases in each of the 50 states in the US, and with people less likely to seek medical help if they are uninsured, the lack of coverage could present a risk to public health.

The decision follows a long-established pattern by the administration to weaken and discourage enrollees to the ACA at nearly every turn possible. Administration officials also signaled Monday that they would be proceeding with supporting a federal lawsuit scheduled for oral arguments this fall at the Supreme Court which could potentially end the ACA altogether. That would result in millions of people getting thrown off their ACA health insurance plans.

But in the meantime, the country is struggling to manage critical care for Covid-19, the disease caused by the novel coronavirus, and major disruptions in the insurance system could deepen the crisis.

What happens when people lose their jobs during a pandemic?

Workers laid off because of the pandemic face a hodgepodge health insurance system that isn’t designed to ensure that everyone can be covered and options mainly depend on an individual worker’s circumstances.

Most workers who previously had employer-sponsored health insurance can either continue their previous coverage under COBRA, which can be extremely pricy, or choose to enroll in an ACA plan, even without a national special enrollment period. Some of them could also qualify for Medicaid.

But many of the workers who will take the brunt of the layoffs are likely to come from industries that don’t generally offer employee health insurance, as explained by Vox’s Dylan Scott:

Those workers face more obstacles to obtaining health insurance in the time of coronavirus. Some who are completely out of work may qualify for Medicaid, but those facing reduced hours or partial employment may not be eligible, especially if they live in one of the 14 states that currently have not expanded Medicaid coverage.

It’s those folks, who were already uninsured before getting laid off and aren’t eligible for Medicaid, who will be hurt the most by the Trump administration’s decision not to reopen the ACA marketplace. That’s why New York, California, and other states have decided to do so in their own marketplaces.

Though the CDC told Vox that the agency has the authority to cover testing and treatment specifically for Covid-19, stories have begun popping up of individuals with the virus getting turned away for lack of insurance or getting hit with large bills.

With an already strained health care system, the country’s makeshift health insurance system could become an impediment to public health during the pandemic.