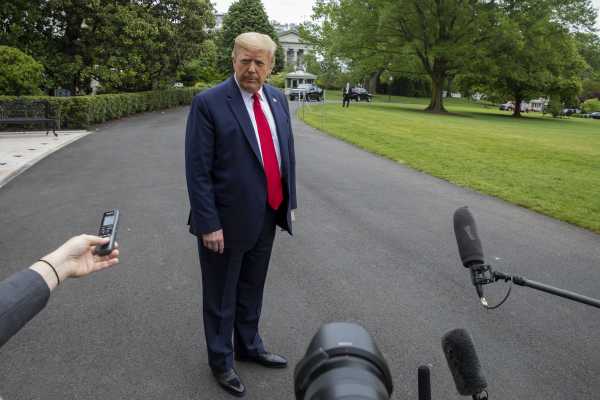 On Monday afternoon, President Trump told the press that he’s taking a drug called hydroxychloroquine as a preventative to ward off the coronavirus — a practice for which there is no evidence and that could, in theory, have negative side effects as serious as hallucinations and heart failure.

Hydroxychloroquine is an anti-malarial drug that a non-randomized study from a French lab, publicized in March, initially suggested could be used as a treatment in fighting the coronavirus. In March, Trump frequently touted the drug, calling it “one of the biggest game changers in the history of medicine.” But further studies have concluded that it is not effective in many cases and should not be routinely used to treat patients.

Trump seems to be taking it not as a treatment for Covid-19 — he’s apparently tested negative — but as a preventive measure to protect himself from contracting it. There’s no medical evidence supporting the idea that this would work, and the risk of potential psychiatric and cardiac side effects, which are serious, would likely strongly outweigh any (hypothetical) benefits.

Nevertheless, Trump claims to be taking the drug anyway.

“I get a lot of positive calls about it,” he told a gaggle of astounded reporters. “What do you have to lose?”

The fake “Obamagate” scandal shows how Trump hacks the media

I’m of two minds on how to think about this declaration.

On the one hand, if Trump — a notorious liar — is telling the truth about taking the drug, it’s certainly newsworthy that the president is taking a dangerous medication for no good reason. It would not only speak to his judgment and fitness for office but also suggest a risk to his health and mental competence.

On the other hand, Trump may be trying to goad the media into getting bogged down in an issue that’s less important than the actual outbreak and Trump’s failed response to it. At the press conference, he told reporters, “I was just waiting for your eyes to light up when I said this, when I announced this,” indicating he’s perfectly aware that he’s starting a controversy.

Ultimately, the president is either doing something irresponsible or lying irresponsibly. Either way, it’s terrible behavior that reflects poorly on the man in charge of our country — just one more example of the wild unfitness for office that’s been on display throughout the pandemic.