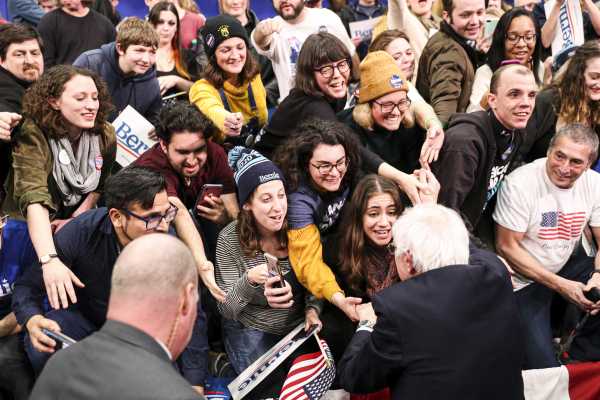 Sanders won more of New Hampshire’s young Democratic primary voters than the rest of the field combined, according to exit polls conducted by Edison Media Research for national media.

Sanders led the category of voters aged 18 to 29 with 51 percent of their votes. Former South Bend, Indiana, Mayor Pete Buttigieg trailed him with 20 percent of the youth vote, followed by Sen. Elizabeth Warren at 6 percent. 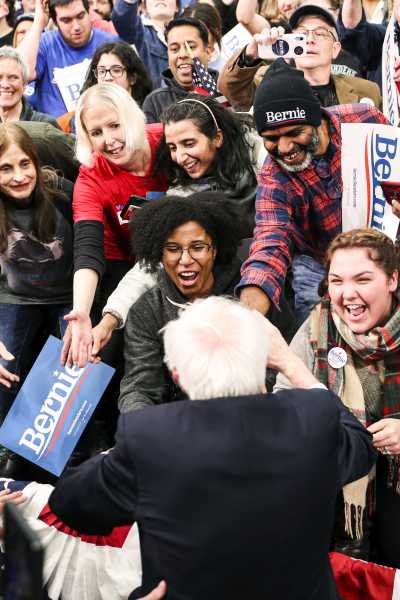 Young people’s support for Sanders has been a consistent staple of his campaign, even across racial and ethnic lines. Former Vice President Joe Biden, for example, has kept a solid lead among black voters nationwide. But young black voters support Sanders over Biden by a 12-point margin, a recent Washington Post-Ipsos survey found.

And Sanders did pretty well among young voters in Iowa — getting almost half of caucusgoers under 30 there, according to entrance polls.

One caveat: Older people are simply a bigger part of the electorate. In New Hampshire’s Democratic primary, people 45 and older made up 63 percent of voters, according to the exit polls. People aged 18 to 29 made up just 14 percent.

Historically, this has also been true nationally: Young voters are less likely to turn out. In 2016, less than half of voters aged 18 to 29 went to the polls, while a majority in all other age groups voted, according to the US Census Bureau.

Overall, it’s a mixed story for Sanders: He seems able to excite younger people who are less likely to vote — maybe a supporting point for his theory that he can ignite a political revolution by empowering voters who are historically less likely to turn out. But older voters in New Hampshire simply didn’t seem convinced by his campaign, being more evenly divided among the Democratic field overall.

As is often true, then, upcoming primary races could come down to turnout. If Sanders can get enough young people to come out to vote, he might be able to build a lead that the other Democratic candidates can’t overcome. But if young people don’t come out to vote, it’s going to be a lot harder for him to seal the nomination for president.