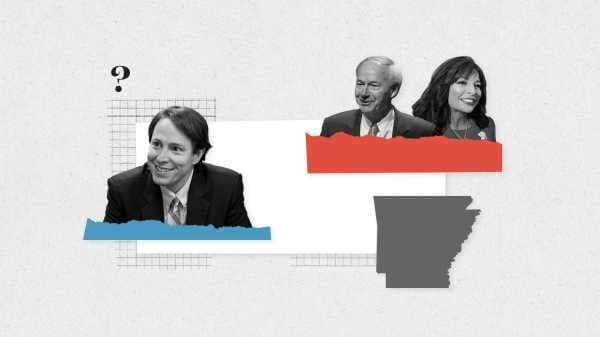 There are two main races to watch in Arkansas’s primary election Tuesday. First, the state’s conservative Gov. Asa Hutchinson is running for reelection, but he’ll have to fend off a right-wing primary challenger. Second, there’s a Democratic primary for a GOP-held congressional district that could potentially be competitive this fall.

Polls close at 7:30 pm Central time (8:30 pm Eastern). Live results will be posted below when they are available.

Asa Hutchinson, a former member of Congress and US attorney, was elected governor in 2014 and is running for a second term. He’s being challenged from the right by Jan Morgan, whom the Arkansas Times described as a “hog-riding, Muslim-banning, gun-toting, airbrushing, RINO-busting gadfly from Hot Springs.”

Hutchinson is a staunch conservative with a strong approval rating in this red state, so he’s a solid favorite for reelection in the fall. But first, Morgan is challenging him from the right on a platform of, basically, bigotry and right-wing nuttery — she owns a gun range and gained notoriety in 2014 after declaring it would be a “Muslim Free Zone.” She’s “basically attacking Hutchinson from the right on any issue,” Dylan Scott writes.

Democrats aren’t particularly optimistic about winning this seat, but Jared Henderson, who was executive director for Teach for America’s Arkansas programs, is their expected nominee.

Update: Clarke Tucker is projected to win the primary.

The Republican incumbent in this district is Rep. French Hill, a former banker who served in George H.W. Bush’s Treasury Department before winning election to Congress in 2014. Trump won the district by a little over 10 points in 2016, so it won’t be an easy pickup for Democrats — but it is on the party’s target list.

State Rep. Clarke Tucker, a Harvard graduate, lawyer, and cancer survivor, is the DCCC-favored candidate. But he’s being challenged by Paul Spencer, a farmer and teacher running on Medicare-for-fall. Teacher Gwen Combs and University of Arkansas employee Jonathan Dunkley are also in the race. If no candidate tops 50 percent of the primary vote, there will be a runoff on June 19.