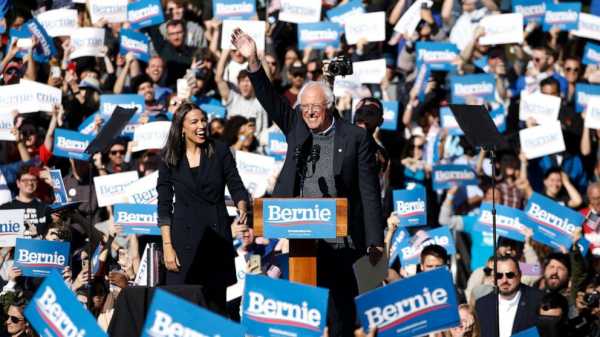 The stops, in Council Bluffs, Des Moines and Coralville, are Ocasio-Cortez’s, D-N.Y., first appearances outside of her home state on behalf of Sanders, I-Vt., for whom she worked as a volunteer organizer during his 2016 campaign, and are likely to be viewed as a test of her ability to draw crowds away from traditionally liberal strongholds.

(MORE: Ocasio-Cortez comes out in support of Sanders at his first rally post-heart attack)

The stretch continues Sanders’ streak of four straight weekends of events with members of the “Squad,” the foursome of progressive freshman congresswomen that includes Ocasio-Cortez and Reps. Ilhan Omar, D-Minn., Ayanna Pressley, D-Mass., and Rashida Tlaib, D-Mich. On Wednesday, however, Pressley broke from the group and endorsed Sen. Elizabeth Warren, D-Mass., whom she praised for her consistency and willingness to take on the nation’s most powerful.

Before an estimated 25,000 people at a rally in a park in Queens, New York, three weeks ago, Ocasio-Cortez cited Sanders as her inspiration to fight for justice and eventually seek public office. 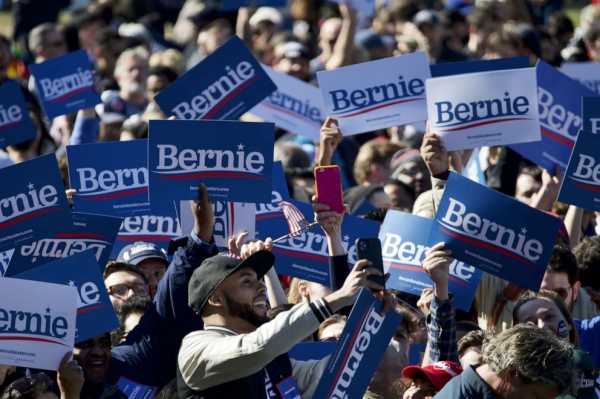 Supporters arrive to attend the Bernies Back rally in Queens, NY, on Oct.19, 2019.

“It wasn’t until I heard of a man by the name of Bernie Sanders that I began to question, and assert, and recognize my inherent value as a human being that deserves health care, housing, education and a living wage,” said the congresswoman.

Referring to the senator at one point as “Tío Bernie,” using the Spanish word for “uncle,” Ocasio-Cortez further praised Sanders for pulling the Democratic presidential field to the left after a bruising 2016 campaign during which several of his ideas, including single-payer health care and free college tuition, were sometimes viewed as impractical.

“Bernie Sanders did not do these things because they were popular. And that’s what we need to remember,” Ocasio-Cortez said at the New York rally. “He did this, and he fought for these aims and these ends when they came at the highest political cost in America. No one wanted to question this system. And in 2016, he fundamentally changed politics in America.”

Saturday’s event in Des Moines is specifically billed as a “Climate Crisis Summit” by the Sanders campaign, and is likely to feature extensive discussion of the Green New Deal, the landmark legislation to address climate change and overhaul the country’s energy industry, introduced in Congress by Ocasio-Cortez and endorsed by Sanders as part of his environmental protection platform.

At the New York rally, the senator cited Ocasio-Cortez’s leadership on the Green New Deal as he praised “the degree to which she has transformed politics in America.”

(MORE:A look at the ‘Green New Deal’ and its political prospects)

“Alexandria has become an inspiration to millions of young people not just here in New York, but across this country who now understand the importance of political participation and standing up for justice,” Sanders said.

In addition to Des Moines, the pair’s events in Council Bluffs and Coralville will bring them to three of Iowa’s most populated areas, and to college campuses, on which Sanders is typically among the most popular of the Democratic presidential candidates.

In the weeks between the Queens rally and this weekend’s Iowa tour, Sanders joined Tlaib for an event attended by more than 4,000 at a Detroit high school, and Omar for a Minneapolis rally that featured over 10,000 supporters.