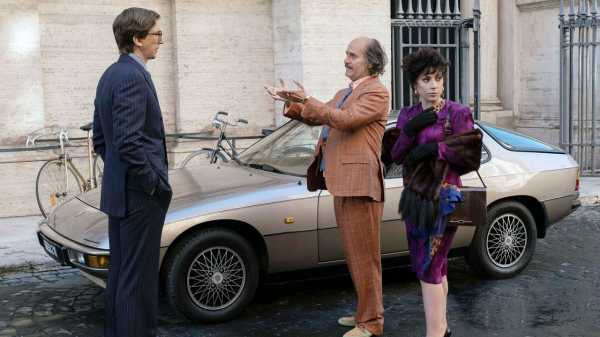 There is a moment in the new Ridley Scott film, “House of Gucci,” when Paolo Gucci (Jared Leto) takes a scarf designed by his uncle Rodolfo (Jeremy Irons), casts it to the ground, and urinates on it. And this, note, is no ordinary scarf. This is the scarf that Rodolfo once created for Grace Kelly. In the realms of international allure, where beautiful people are draped in beautiful things, no more heinous act of sacrilege could be imagined. It’s like spitting on a Botticelli.

Why, then, is this moment not as shocking as Scott would like it to be? Two reasons. One, because Paolo has already been established, against hot competition, as the movie’s preëminent doofus: a man bereft of intelligence and taste, who thinks nothing of wearing a suit made from damson corduroy. His iconoclasm, therefore, carries no weight whatsoever. Two, because of the Jared Leto rule, familiar to many moviegoers: at no point, when he is performing, must we be allowed to forget the vast and dedicated effort which he has brought to that performance. He’s like a chef who insists on cooking your dinner before your very eyes. Here, as Paolo, Leto is a bubbling stew of latex, wigs, and outsized gestures. So hard does he strain to be larger than life that he’s no longer lifelike at all.