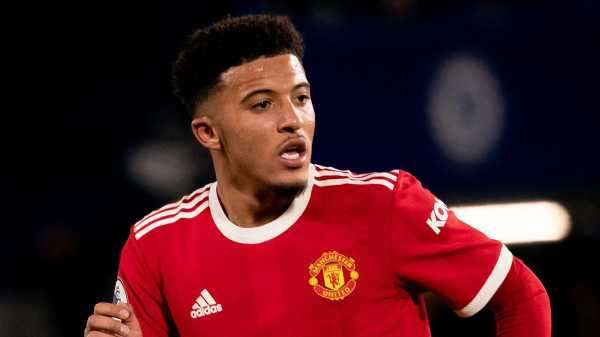 It was apparent within a few seconds of kick-off that Manchester United intended to approach their game at Chelsea a little differently.

Ralf Rangnick has not taken charge yet – his first game as interim manager is likely to be Thursday’s meeting with Arsenal – but the way in which Jadon Sancho, Marcus Rashford and Bruno Fernandes sprinted towards the blue-shirted defenders in possession showed his influence may already have taken hold.

Cristiano Ronaldo’s omission from the starting line-up felt significant too. The 36-year-old remains a devastating goalscorer but he is not a natural fit for the aggressive, high-pressing approach Rangnick is known for and he was sacrificed here, forced to make do with a place on the bench in a league game for only the fourth time in nine seasons.

Some might argue Manchester United’s attacking threat was blunted without him. They only managed three shots on goal to Chelsea’s 24, after all. But the explanation for his absence lay in the industrious off-the-ball work of the attacking players selected. 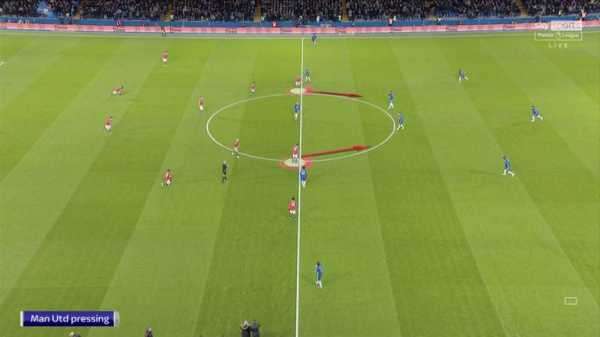 Image: Marcus Rashford and Bruno Fernandes are primed to press straight from kick-off 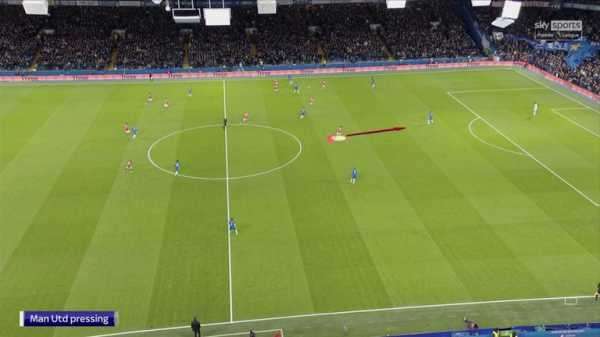 Image: A backward pass from Chelsea is a trigger for Man Utd's front three to press 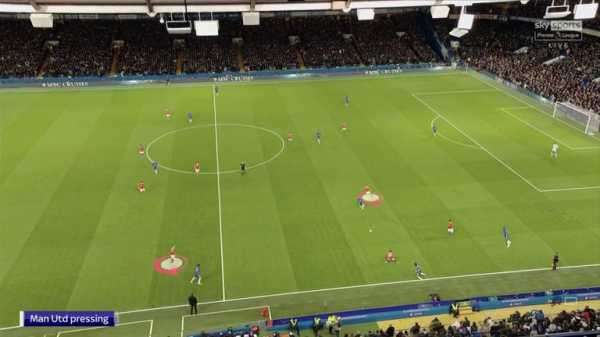 Image: Man Utd press Jorginho and Callum Hudson-Odoi as they try to shut down a Chelsea attack

Sancho and Rashford, normally stationed either side of Ronaldo, instead operated as a front two, with Fernandes in support.

From there, they were able to apply pressure in central areas and disrupt Chelsea’s build-up play. “Blocking the middle of the pitch was a big part of it for us,” admitted Michael Carrick afterwards.

It was telling that, despite being withdrawn on 64 and 77 minutes respectively, Sancho and Rashford finished the game having recorded more sprints – 17 by Sancho and 19 by Rashford – than anyone else.

It was telling, too, that Manchester United won possession in the final third more times than in any Premier League match since their 4-1 win over Newcastle back in September. Their total of six was their second-highest in any game all season.

Carrick insisted afterwards that Rangnick had no input on the side’s approach at Stamford Bridge. The caretaker manager also pointed out this was not the first time United have adopted high-pressing tactics this season. But there was certainly a different feel to it. 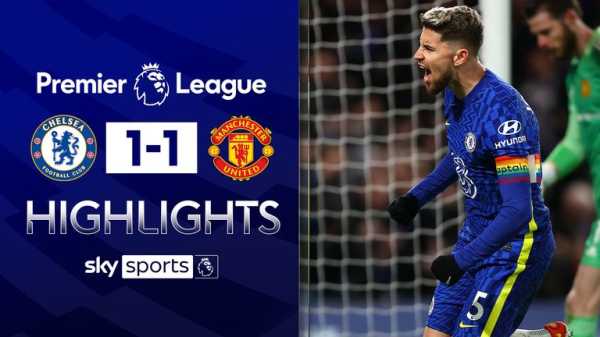 Rangnick will have enjoyed the goal in particular.

Fernandes was clearing the danger rather than searching for a team-mate when he launched the ball upfield following a Chelsea set-piece but Rashford and Sancho charged forward immediately, putting Jorginho under pressure as he attempted to deal with the high ball.

The Chelsea man was clearly affected by the red shirts bearing down on him, his panicked first touch allowing Sancho to sprint through on goal and beat Edouard Mendy. From one end of the pitch to the other in a matter of seconds. It was a very Rangnick goal.

“The real thing that stands out about it is the pressure being put on Jorginho,” said Sky Sports pundit Jamie Carragher on co-commentary. 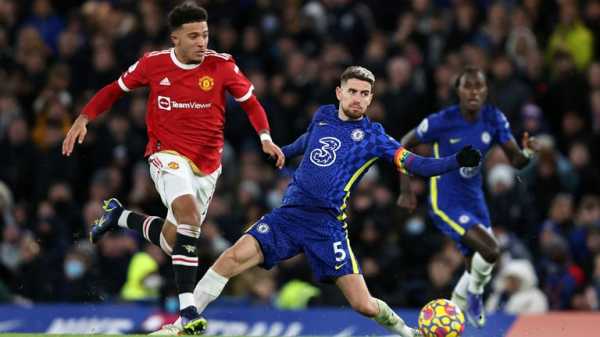 Image: Sancho beats Jorginho in the build-up to his goal

There was a certain symbolism, too, to the fact that Sancho was the man to score it.

The 21-year-old has endured a difficult start to life at Old Trafford following his £73m move from Borussia Dortmund, but he has now scored two goals in the last two games and could benefit from Rangnick’s arrival more than anyone.

Sancho, of course, is already accustomed to the tactical intricacies of a high-pressing system having spent four immensely successful seasons with Borussia Dortmund.

That experience will serve him well under a manager who has long admired him. Rangnick told Sky Sports News last season that he scouted the youngster for four years while at RB Leipzig. “He’s one of the best wing-offensive players in Europe,” he said.

This performance showed why Rangnick may be inclined to build his side around Sancho rather than Ronaldo but he and Rashford were not the only ones to press their opponents high up the pitch. 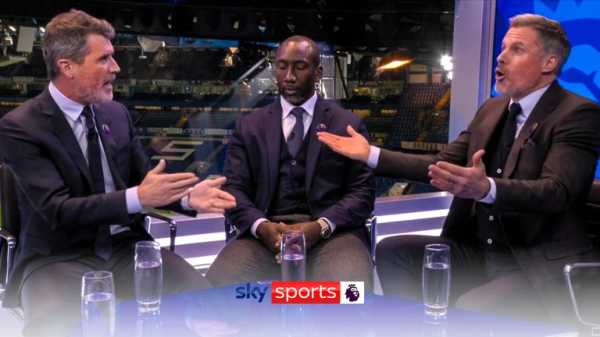 Fred, given more licence to roam forward thanks to the presence of Scott McTominay and Nemanja Matic behind him, also showed a willingness to chase down Chelsea players high up the pitch and should have won it for the visitors when he intercepted Mendy’s pass in stoppage time, only to direct a weak shot straight into the goalkeeper’s arms.

Fred’s spirited performance typified that of the team as a whole. They were, of course, fortunate that Chelsea were not more clinical in front of goal but there was no shortage of fight and desire.

Indeed, after their hapless showings in the final months of Ole Gunnar Solskjaer’s reign, the level of defensive dedication was a welcome sight. Manchester United recorded their highest totals for both tackles (21) and blocks (eight) all season.

Rangnick will aim to harness those combative qualities in the months ahead while also honing the high-pressing potential the side demonstrated at Stamford Bridge. Ronaldo may provide a stern test of his man-management skills but he will have watched this game believing there are tools in place for him to work with. 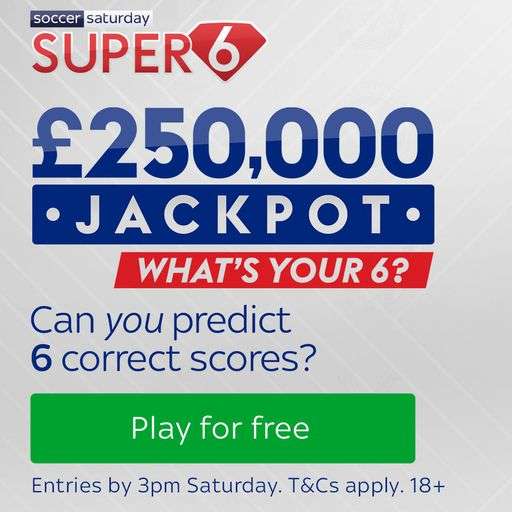