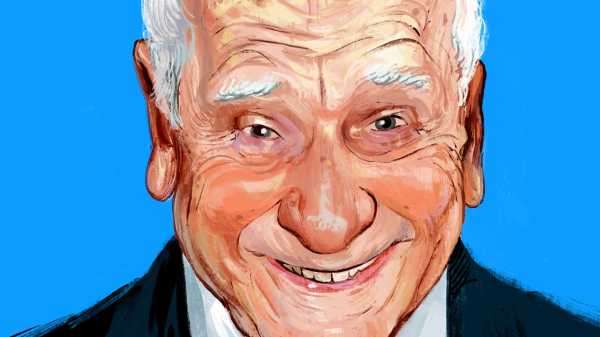 My grandfather Arthur Motzkin, a first-generation American Jew, liked to tell stories about his unlikely cameos in world history. When George Washington was crossing the Delaware and took a wrong turn, a voice piped up from the back of the boat: “Never fear! Arty’s here!” The day was saved. I thought about this tale while reading Mel Brooks’s new autobiography, “All About Me!” My grandfather was the same generation as Brooks—both were born in New York in the nineteen-twenties and served in the Second World War—and my grandpa’s running joke was, essentially, the same one that Brooks deploys, with a thousand times the wit, in his comedy routine “The 2000 Year Old Man” and in his 1981 film, “History of the World, Part I.” Possibly more than anyone else, Brooks epitomized American Jewish humor in the twentieth century, much of which rested on the idea that it’s funny when a kvetchy Jewish guy shows up where he doesn’t belong, which is most places. Case in point: when Kenneth Tynan profiled Brooks for this magazine, in 1978, the piece was titled “Frolics and Detours of a Short Hebrew Man.”

“When you parody something, you move the truth sideways,” Brooks writes in “All About Me!” The book, which comes out this week, covers his ninety-five years of life with a tummler’s panache: his childhood in Depression-era Brooklyn, his years writing for Sid Caesar, in the fifties, his creation (with Buck Henry) of “Get Smart,” in the sixties, his marriage to Anne Bancroft, and his remarkable run of movies, among them “The Producers” (he won an Oscar for the screenplay), “Blazing Saddles,” “Young Frankenstein,” and “Spaceballs.” More recently, he modelled social distancing with his son, the zombie-fiction writer Max Brooks, and began work on the long-awaited “History of the World, Part II,” which will be a Hulu series. When I spoke to him, he was sitting in his den on a bright California day, watching “a great big tan-and-gray owl in one of my cypress trees outside.” In our conversation, which has been edited and condensed, we talked about comedy, sandwiches, and the truths he’s told sideways.