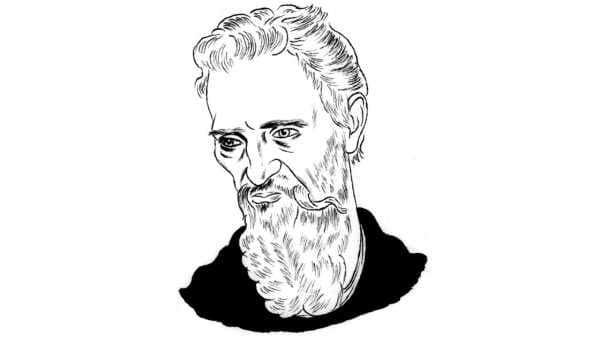 If Michelangelo had been granted his dying wish, none of the hundred and thirty-three drawings currently hanging in “Michelangelo: Divine Draftsman & Designer,” at the Metropolitan Museum of Art, would have been seen by anyone at all.

For Michelangelo, sculpture was the supreme form of visual art.

Michelangelo went to extraordinary lengths to realize perfection in his art. He viewed his drawings as ancillary notes, tools to guide him through the flawless completion of the work.

Luckily, Michelangelo overlooked about six hundred drawings when, at the end of his life, he set his precious output on parchment ablaze in a pair of bonfires.

For half a millennium, artists have relied upon Michelangelo’s drawings to teach them the fundamental principles of academic figure drawing.

My art teachers told me, “Learn to draw like the Old Masters, and you can do anything as an artist that you want to do.”

During the fifteenth century, when Michelangelo and the rest of the Teenage Mutant Ninja Turtles of the Renaissance emerged, art had not yet become a form for self-expression. Art was created primarily to service the Roman Catholic Church, which commissioned artists to paint Biblical allegories on the walls and ceilings of religious buildings, to seduce worshippers into a deeper spiritual trance.

Michelangelo and his cohorts invented techniques that heightened the illusion of anatomical correctness and the appearance of light. The theatricality of worship had been revolutionized.

Michelangelo and his fellow-masters of special effects were Pixar; Giotto, Masaccio, and Cimabue—who, until the Renaissance, had created the most realistic depictions of the human form ever to be painted—were Mickey Mouse.

But, for all of the intricacies exhibited in the art of Michelangelo, it’s the incidental drips, searching lines, and splotches that most captivate me.

In the imperfect, the divine Michelangelo is exposed as human.

Four Years Embedded with the N.Y.P.D.

Pretending to Be Famous in The Sims