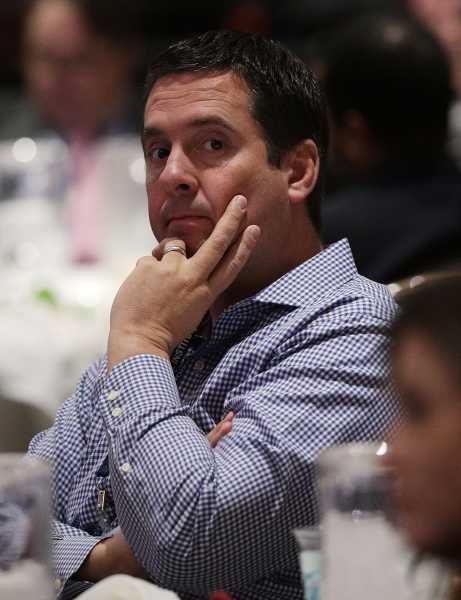 Over continued objections from the FBI, the White House declassified a version of Republican Rep. Devin Nunes’s four-page memo on Friday, which alleges serious abuses of power by the FBI during its investigation into the Trump campaign’s ties to Russia.

House Republicans on the Intelligence Committee voted to declassify the memo on Monday, giving the White House five days to either release the memo or object, which would have sent the memo back to the House for a full vote on its release.

The release of Nunes’s memo raises the stakes in a fight between House Republicans and the president on one side and House Democrats and the FBI on the other. Releasing the memo, which was rumored before its release to discuss classified information in depth, fulfills a demand by Trump supporters and many Republicans (and, allegedly, Trump himself).

These Republicans argue that the release of the Nunes memo will permanently damage special counsel Robert Mueller’s ongoing investigation. Experts say it could also be used as a pretext for Trump to clean house at the FBI — in particular by firing Deputy Attorney General Rod Rosenstein, who is overseeing the Mueller investigation. You can read the memo here.

The story behind the memo

Devin Nunes, a Republican member of Congress and chair of the United States House Permanent Select Committee on Intelligence, authored the memo. It argues that during the 2016 presidential election, the FBI used the so-called Steele dossier, a largely unconfirmed opposition research document alleging collusion between Trump and Russia, as the basis for a warrant to surveil former Trump campaign foreign policy adviser Carter Page.

The Steele dossier was created by the research firm Fusion GPS and was funded in part by Hillary Clinton’s presidential campaign and the Democratic National Committee. It’s unclear how much of the dossier’s claims (including those involving Trump’s sexual activities) are accurate, though a January 2017 report indicated that four US intelligence agencies took the dossier’s allegations seriously.

The Nunes memo also contains allegations that Deputy Attorney General Rod Rosenstein approved an application to extend the surveillance of Page through the spring of 2017.

“It’s clear that top officials used unverified information in a court document to fuel a counter-intelligence investigation during an American political campaign,” Nunes wrote in a statement on Wednesday afternoon regarding the FBI’s objections to the memo’s release.

The basic argument behind the memo is this: Clinton’s presidential campaign funded the creation of the Steele dossier, and the FBI used the dossier as the flimsy basis for a warrant to surveil Page. With Rosenstein signing off on continued surveillance of Page in 2017, this somehow proves that the investigation into the Trump campaign’s Russia ties is entirely based on support for Clinton within the FBI and anti-Trump animus.

But the memo isn’t the whole story

It’s not yet clear if the memo will also include the underlying materials used in the FISA warrant application for Page. That’s important. As my colleagues Zack Beauchamp and Alex Ward explain:

A FISA warrant application for Page would have included any and all information the FBI felt a Foreign Intelligence Surveillance Court (FISC) judge should see in order to grant a warrant in the first place. In the case of Page, that may have included information from the Steele dossier, but also more details on Page’s existing relationships with Russian officials, which have been known to the FBI since at least 2013. To get a warrant to surveil Page, the FBI would only have needed to prove that Page was an “agent” of a foreign entity, even if that did not entail illegal activity.

And historically, it hasn’t been difficult for intelligence agencies to get FISA warrant applications approved by a judge. Warrant applications to the Foreign Intelligence Surveillance Court are rarely denied — in fact, from 1979 to 2013, a FISC judge denied warrant requests just 12 times (with 533 requests for modifications to the warrant). In 2013, Slate reporter Brian Palmer found, “Despite receiving more than […] 1,000 requests every year since 2002, the court has never denied more than four applications in a single year.”

It’s unclear what the impact of the Nunes memo will be, as Republicans and Democrats on the House Intelligence Committee, who have already seen the memo, strongly disagree on its implications. House Republicans argue that the memo is evidence of an anti-Trump conspiracy within the FBI.

House Democrats on the committee, on the other hand, say that the memo is merely part of Trump’s strategy to discredit Rosenstein, replace him as deputy attorney general, and ultimately end the Mueller investigation. They also point to the fact that Nunes was a member of Trump’s presidential transition team and has an extremely close relationship with the White House.

Rosenstein is the person in charge of overseeing the Mueller investigation following Attorney General Jeff Sessions’s recusal. Rosenstein has defended Mueller in the past, telling Congress that he had “no good cause” to fire him from his role as special counsel.

Before Rosenstein testified before Congress in December, Trump reportedly asked Rosenstein if he was “on his team.” That in and of itself isn’t necessarily unusual, but combined with an ongoing war of words among House Republicans with regards to Rosenstein, it points to an effort to delegitimize the deputy attorney general within the GOP and among Trump’s supporters, an effort that Trump himself has engaged in on Twitter.

In theory, Trump firing Rosenstein would allow him to put in place a new deputy attorney general more amenable to Trump’s position — and more likely to either curtail Mueller’s investigatory powers or end the investigation altogether.

In an interview with the Washington Post, former federal prosecutor Peter Zeidenberg said, “Rosenstein is in charge of the Mueller probe. He picked Mueller and has testified under oath that he won’t fire him absent clear misconduct. So if Rosenstein goes, Trump would pick a new deputy attorney general who would no doubt be much more compliant to Trump.” But as my colleague Andrew Prokop wrote in December, any effort to stop Mueller’s investigation or fire Mueller himself would be politically risky for Trump.

But no matter what happens, the release of the Nunes memo only serves to escalate the conflict between the FBI and the Department of Justice and Trump’s Republican allies on Capitol Hill and in the White House itself.