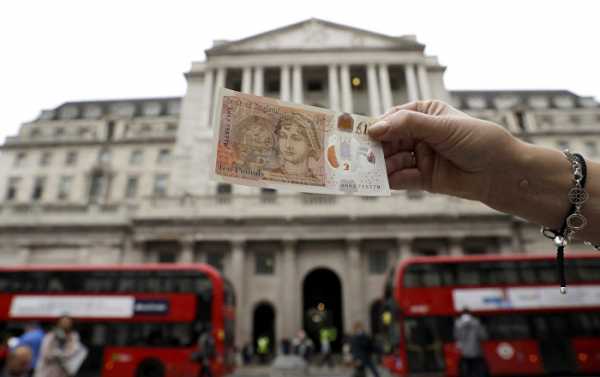 The UK economy accelerated in 2Q18, driven by upbeat consumer spending and a rebound in the construction sector; this comes despite ongoing doom and gloom in the manufacturing sector.

Kristian Rouz — The British economy rebounded from the winter freeze in the second quarter of this year, as a tighter labor market and higher wages provided support to consumer spending. However, the UK’s manufacturing sector found itself in dire straits due to a revaluation of the pound sterling, which crippled the international competitiveness of British exports.

As Brexit draws nearer, the UK’s economy is showing ever-prominent signs of firming, in defiance of skepticism of the anti-Brexit Remain camp. According to a recent report from the Office for National Statistics (ONS), the British GDP rose 0.4 percent quarter-on-quarter in Q2 compared to a 0.2-percent expansion in the previous quarter.

The ONS report highlighted robust growth in the retail and construction sectors. The upbeat report came out roughly a week after the Bank of England (BOE) hiked its base borrowing costs by a quarter-percent to 0.75 percent — their highest rate since the global financial crisis of 2008-2009.

“The economy picked up a little in the second quarter, with both retail sales and construction helped by the good weather and rebounding from the effects of the snow earlier in the year,” Rob Kent-Smith of the ONS said. However, manufacturing continued to recede from its high point at the end of last year and underlying growth remained modest by historical standards.”

The drop in manufacturing is reflected in the UK’s foreign trade figures as well. Britain’s trade deficit widened to £5.5 bln compared to the first quarter, as exports dropped £3 bln into negative territory, while imports surged more than £2 bln.

This comes as the British pound stands at $1.28. While slightly weaker than its pre-Brexit multi-year average of $1.41 — $1.60, this is still above its post-referendum low of $1.16. A stronger national currency tends to weigh on exports, and — in the UK’s case this past quarter — the negative effect was passed on to industrial production.

Business sentiment remained weaker than expected throughout the second quarter, despite a solid surge in domestic consumption. A stronger GDP is not always a reflection of a better overall economy, but some analysts say the strengthening US dollar could make up for the UK’s erosion of competitiveness.
Additionally, once the tumultuous Brexit process is done in March 2019, the British economy could get on track in a matter of months.

At the same time, several household polls have shown many Britons are planning changes to their personal finance. Amid the BOE’s tightening cycle, saving is becoming a more prudent strategy as compared to credit-fuelled spending — naturally, as credit costs are on the increase.

Some say this might shatter the UK’s economic growth heading into the third quarter. However, with unemployment at a multi-decade low, and given steadily rising wages, consumer sentiment has shown few if any, signs of wearing off.

Experts at EY Item Club said they are expecting the British economy to expand by 1.3 percent for the entire 2018. Quarterly growth is set to remain flat at 0.4 percent through the yearend, the analysts said.

“The risks to this forecast are skewed to the downside, given the heightened risk of a Brexit no deal, as well as global trade tensions and tariff measures,” Howard Archer of EY Item Club said. “However, the growth and interest rate forecasts could be blown out of the water if the UK leaves the EU next March with no deal.”

But Chancellor of the Exchequer Philip Hammond said his department is working all-hands-on-deck minimizing the downside effects of the Brexit uncertainty on economic growth at home. Last week, the Chancellor traveled to the West Midlands to introduce a £780-million stimulus package for the UK’s hi-tech industries.

“We are working hard to build a stronger, fairer economy — dealing with the deficit, helping people find work, and cutting taxes for individuals and businesses,” Chancellor Hammond stressed.

The HM government is confident Britain will avoid a recession in the coming several quarters. While concerns over a possible ‘no deal’ separation from the EU still linger, even the skeptics tend to agree that the worst case scenario for the UK is currently a sluggish pace of economic expansion, rather than a dramatic downturn.