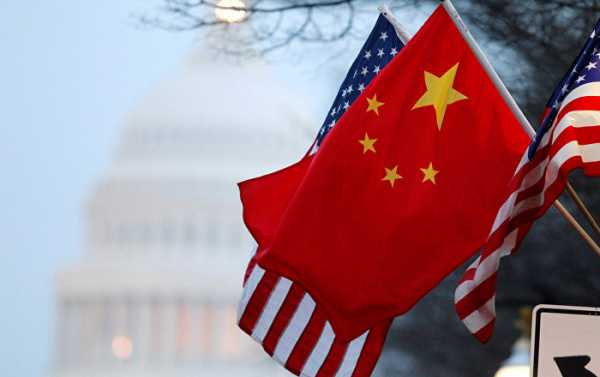 Washington (Sputnik) – US President Donald trump will be able to win a trade war against China, if he talks, the press Secretary of the White house Sarah Sanders said during a press briefing Friday.

“The President feels if he is responsible for these negotiations, of course, he’s the best negotiator at the table,” Sanders said when asked if trump believes that a trade war is easy to win.

There may be some fluctuations in the stock market USA as a result of trade tariffs between China and the United States, but Beijing should change their unjust and illegal methods, said Sanders.

China is responsible for the creation of trade disputes and trump is trying to exert pressure on the country to change its unfair trade actions, Sanders said.

On Thursday, Trump instructed the US trade representative to consider the introduction of a 100 billion dollars in additional tariffs in the light of China’s “unfair” retaliation. The Chinese government this week announced his proposal to impose a 25 percent duty on more than 100 import from USA.

At the end of the trading session on Friday, the DOW Jones test, the 30-stock index, used as an indicator of efficiency of functioning of the market, decreased by 572 points, a drop of 2.3 percent.

The Nasdaq and S&P 500 stock index each fell more than 2 percent.

Dow noted this week, the sharp fluctuations of about 1300 points separating its highest and lowest grades. On Monday, the DOW fell by 758 points, but later regained losses before falling again on Friday.

Earlier, in March, trump signed a decree on the introduction of a 25 percent tax on steel imports and 10% duties on aluminium. It was followed by a Memorandum to introduce the 60 billion dollars in additional tariffs against China in connection with allegations of theft of intellectual property.