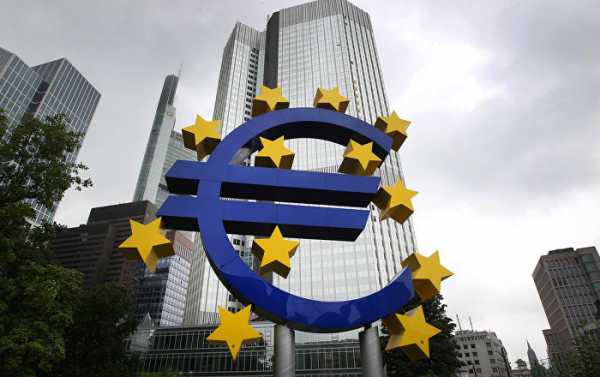 Despite the fact that last year French National Front Marine Le Pen’s plan to pull out of the Eurozone cost her votes in the presidential election, the leader of the Italian Northern League party Matteo Salvini still prefers to play the “no single currency” card, reiterating his opposition to the euro.

While many Italians may be looking forward to changes in the country’s economy, ending “austerity,” large banks and hedge funds have sounded the alarm, advising clients to get ready for trouble ahead of the upcoming elections in early March.

The March 4 election is largely expected to produce no clear winner, creating difficulties in forming a government as well as complicating the envisaged economic reforms that the European Union is seeking.

What concerns many investors is the European Central Bank’s (ECB) shrinking of the bond-buying program, given that the member of the so-called troika is the only major buyer of Italian treasury debt.

“Italian corporations are not offering enough political risk premiums ahead of the March 4 election. We would recommend cutting exposure to the region,” said Matthew Bailey, a credit strategist at JP Morgan, as cited by The Telegraph.

Bridgewater Association, the world’s largest hedge-fund firm, has boosted its short bets against Italian banks and insurers to $3 billion (as of early February) up from $1.1 billion shorts in October ahead of the elections, Bloomberg reported. A total of 18 companies have been targeted including Italy’s energy groups Enel and Eni, as well as the banks Unicredit and Intesa Sanpaulo.

Enel and Eni are among the biggest beneficiaries of the ECB’s bond-purchasing program, which could come to an end in September 2018. Bridgewater’s biggest short bet is against Intesa Sanpaulo, Italy’s second largest bank by assets, regarded as the country’s most stable bank.

Bridgewater has mainly targeted Italy’s fragile financial sector, with the fund’s head Ray Dalio warning that rising populism in Europe is a threat to the integrity of the Union.

Indeed, the Northern League’s Salvini has never stopped ramping up his Eurosceptic rhetoric, sticking to the party’s anti-euro platform, having repeatedly called the euro a “failed experiment that has hurt Italy’s economy” and a “crime against humanity.”

In January, Salvini said it was a matter of time before the euro collapsed and promised he was “preparing an emergency exit for the Italians.”

While Savini’s Northern League and Silvio Berlusconi’s Forza Italia had to enter a coalition to boost their chances to form a government, the two parties used to disagree on fiscal policy, with Berlusconi insisting that Italy remain in the Eurozone.

To date, Salvini and Berlusconi have reached compromise, advancing a dual-currency rhetoric, proposing to introduce a parallel currency after the election.

“With a parallel currency in place, if we want to leave the euro, our economy will still be able to operate even if the European Central Bank tries to crush us by shutting off liquidity in euros,” said the Northern League’s economics spokesman Claudio Borghi.

Italians used to be champions of euro when the single currency was launched in 1999, however, since then anti-euro sentiments have been growing in the country, as Italy appeared to be one of the most sluggish euro zone economies, with many nationals blaming the currency for high unemployment rates and low living standards.