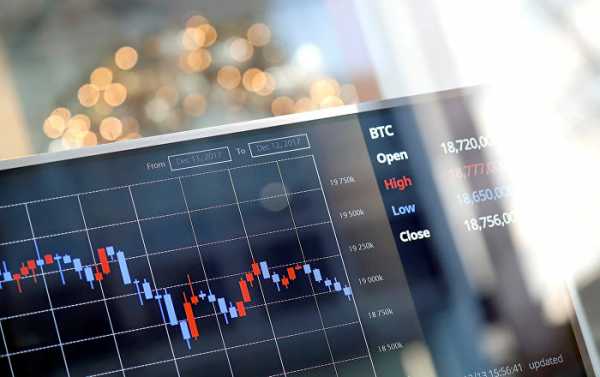 MOSCOW (Sputnik) – The price of the world’s most famous cryptocurrency, Bitcoin, has surpassed the $11,500 mark and continues growing, trading data showed on Tuesday.

The Coindesk portal informs that Bitcoin’s price grew by 2.7 percent and leveled off at $11,465.

Other popular cryptocurrencies are also becoming more expensive. For example, Ethereum grew by 2.1 percent to $952.02, Ripple by 1.35 percent to $1.15, and Bitcoin Cash’s price increased by 2.5 percent to $1,545, according to CoinMarketCap.

The cryptocurrency market capitalization is currently $512.21 billion, CoinMarketCap showed. Bitcoin, Ethereum, and Ripple have 38, 18 and 9 percent of shares in the market, respectively.

The increase in Bitcoin’s price follows its dramatic drop to $6,000 in early February. Most analysts have attributed the fall to the news that South Korean and Chinese authorities intended to tighten control over the cryptocurrency market.

According to S&P Global Ratings (S&P), a possible collapse of the cryptocurrency market has a limited effect on the financial services sector, given its speculative nature.

Cryptocurrencies, or digital currencies, have no material form and global currency statutes do not apply to them. An unlimited number of anonymous sources can issue and use them. Central banks worldwide have treated the phenomenon with caution, although some have started exploring the possibilities they offer and even developing their own currencies.