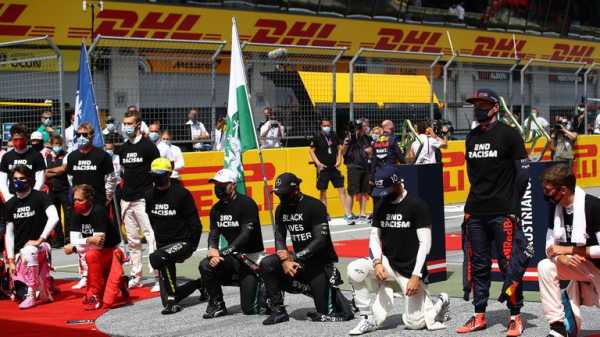 Lewis Hamilton was joined in taking a knee by the majority of his fellow drivers ahead of F1’s second race of the season at the Styrian GP, with some drivers again opting to stand.

As at last week’s Austrian GP, all 20 drivers again wore T-shirts featuring the words ‘End Racism’, with Hamilton’s also saying ‘Black Lives Matter’ on the front, amid the sport’s continued stand against all form of discrimination.

Of the 16 drivers who were present at the front of the grid for a short gathering ahead of the Austrian national anthem, 12 took a knee with four standing. The image of the drivers was briefly seen on the TV world feed before a pre-arranged sky dive above the circuit was shown.

Other team personnel also took a knee on the grid. 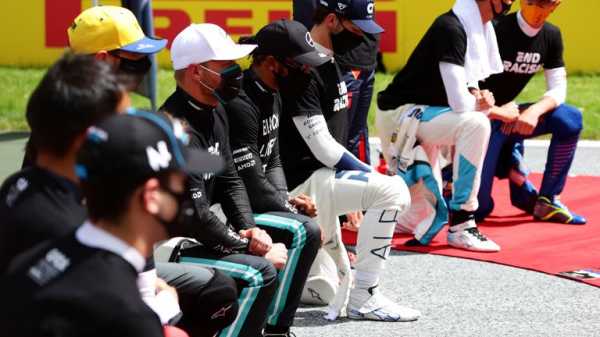 Does lack of collective knee dilute F1’s message?
In comparison to the scenes in other sports such as the Premier League and this week’s cricket Test match between England and the West Indies, the lack of a collective knee among the F1 drivers will again prompt debate about whether it marks a sufficiently united show of solidarity.

The F1 drivers each explained to Sky F1 on Thursday why they did, or did not, decide to take a knee at last Sunday’s Austrian GP. Six drivers stood then, with 14 kneeling. 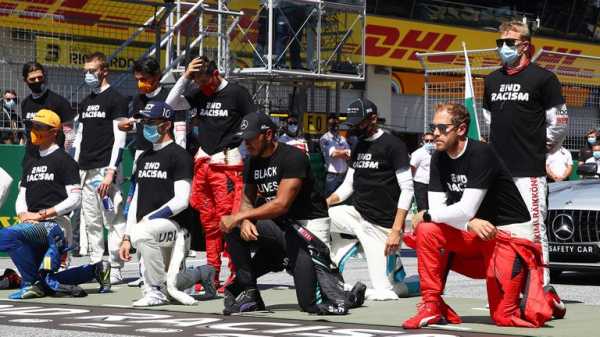 6:49 Formula 1’s drivers gave their views on why they did or didn’t take a knee as a stand against racism prior to the start of the Austrian GP

“I think as an image, yes, I agree it doesn’t look so good with some standing and some kneeling. But the important thing for me is when it comes to what they have to say about ending racism, they all agree,” said Sky F1’s Jenson Button.

“We as Formula 1 need to be pro-active in pushing forward in ending racism and We Race As One. It can’t go quiet – we need to mention it every race. And we can’t just be mentioning it, we need to be proactive in making change.” 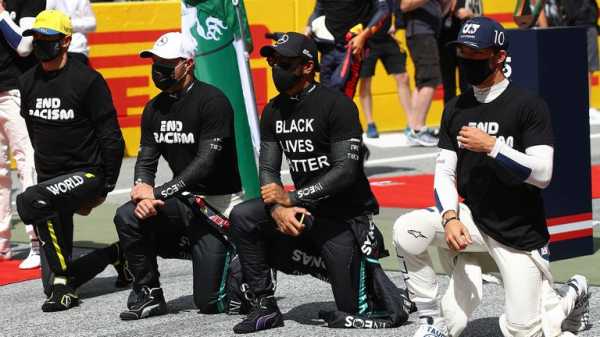 2:09 Mercedes boss Toto Wolff says the sport must make a long-term commitment to tackling the issue of racism, but thinks individuals have the right to chose whether or not to take a knee

Speaking to Sky F1, Mercedes boss Toto Wolff said the taking of a knee should not be made into a polarising issue within F1.

“I think we have to be non-judgemental,” he said. “None of the drivers, even the ones that are standing, are racist. We need to respect everybody’s point of view.

“For us as a team, we have a black car but that is just the beginning of the story. We want to continue with activities and a real programme to increase the minorities within our team.”

“In terms of some drivers not taking a knee, it’s a personal choice. If I was there, I would have taken a knee. But every individual makes their own choice.

“That’s the key message. It’s not just about talking about it, it’s about what’s everyone doing. Taking the knee is important and it’s a sign of support and a symbol but there’s also got to be the activation side of it.

“That’s not going to happen in a week, that’s not happen in a month. There’s a plan in place from F1’s side, we just have to see how that unfolds.”