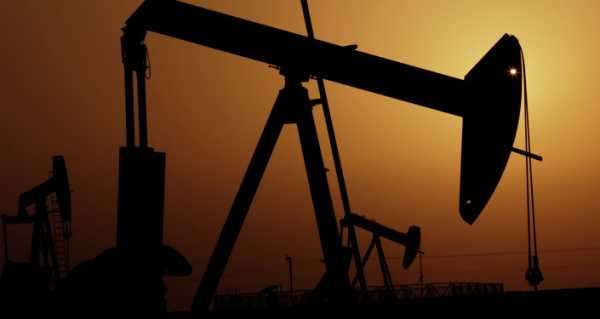 Brent crude passed $50 per barrel last month for the first time since last spring after months of lows which included futures dipping into historically unprecedented negative territory in April. Prices collapsed in March 2020 after OPEC+ failed to agree on output cuts amid the coronavirus pandemic and began a price war, which ended in a glut.

Halliburton, Schlumberger, and Baker Hughes – the three largest oil services companies often described as bellwethers for the oil industry – say they don’t expect 2021 to see a repeat of last year’s catastrophic oil price collapse, but also indicate that it may take at least another year for prices to return to normal.

The businessman described 2020 as the “worst” year in the company’s history.

Olivier Le Peuch, head of French oil services company Schlumberger, similarly believes that it will take some time for the oil services market to recover, especially when it comes to the roughly two million barrels per day (bpd) in lost US output, which took place as shale drillers tightened output or went belly up. That, he says, gives other producers the opportunity to move in on US shale’s lost market share.

FT says producers in the Middle East, Siberia, and Brazil could pick up the slack, and estimates that US oil and gas drilling activity has reached around 40 percent above the low seen in summer 2020, but remains well below levels seen before the pandemic hit and a brief price war sent prices through the floor. Over 60 oil services industry firms operating in North America went bankrupt amid the chaos, following bankruptcy filings by over 200 US shale drillers both big and small, by the middle of last year.

According to a recent report by Haynes and Boone, an oil services bankruptcy monitor, companies that disappeared left behind about $45 billion in debt, much of it unsecured, with Texas and Oklahoma accounting for the vast majority of the losses.

Lorenzo Simonelli, head of Texas-based oil services giant Baker Hughes, expects a “tepid investment environment” in the first six months of 2021, with demand expected to slowly build after that.

Earlier this month January, Saudi Arabia agreed to voluntarily reduce its oil output by one million barrels per day between February and March, leaving the country with a total oil production level of 8.125 million bpd. Other OPEC+ members have to slash 425,000 barrels daily during the same period. Russia and Kazakhstan were exempted from the cut, and allowed to raise output slightly – by 65,000 bpd and 10,000 bpd, for a total of 9.249 million bpd and 1.437 million bpd, respectively. Following the production cut, Saudi Aramco announced that it would raise light crude prices to the US and Asia by about 70 cents.

OPEC, the 13-member oil cartel which accounts for about 45 percent of total oil production and over 80 percent of the world’s proven oil reserves, reached an agreement in April 2020 with Russia and other members of the expanded OPEC+ group to dramatically slash output amid an unprecedented glut on the market.

Prices collapsed in March 2020 after Russia and Saudi Arabia failed to agree whether or not to expand cuts beyond previously agreed-upon levels amid the economic downturn caused by the coronavirus pandemic and the associated worldwide lockdowns. Russia’s hesitation prompted Riyadh to turn on the taps and flood the market with discounted oil, filling importers’ reserves to the brim.