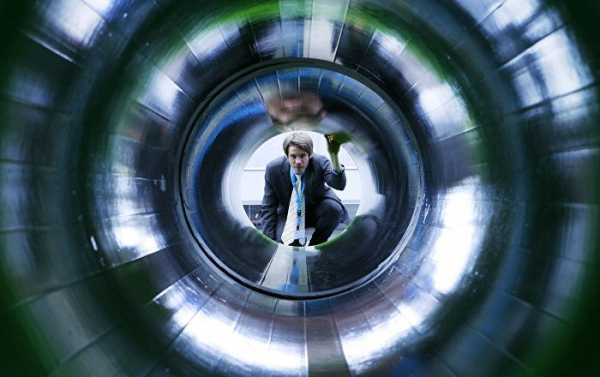 Nord Stream 2 AG is considering a new route for the portion of its Baltic Sea pipeline project which runs through Denmark, the last country along the prospective pipeline’s path to refuse to grant its permission for construction. Sputnik gets to the bottom of what’s really behind Copenhagen’s resistance, and how it will affect the energy project.

A Danish Energy Agency spokesperson confirmed to Russian media that they have received the application, but could not say any more at this stage.

A Nord Stream 2 Denmark spokesperson told Sputnik that the company and its shareholders were prepared to pay the additional costs associated with the alternative route, and that Nord Stream 2 would not be withdrawing its application with the original route applied for in April 2017.

Speaking to Sputnik, Nord Stream 2 public affairs manager Markela Dedopoulos said that the alternative route would be some 36 kilometers longer than the original 139 kilometer route, for a total of 175 kilometers through Denmark’s exclusive economic zone in the Baltic Sea. The total length of the route is 1,230 km, with all the other states along the prospective pipeline’s path, including Finland, Sweden and Germany granting their approval for the project following environmental impact assessments.

Resistance May Be Futile

Independent energy expert Nikolai Khrenkov says that the route alteration is not critical.

“Even earlier, when Denmark was saying that they would be taking their time considering whether or not to allow construction, it was noted that the consent or lack of consent from Denmark would not be critical, because it’s possible to bypass Denmark’s waters altogether and still lay the pipeline,” he told Sputnik.

While admitting that, of course, building through Denmark’s territorial waters would be more convenient, given that the first Nord Stream pipeline does so, Khrenkov nevertheless emphasized that the company has already assured investors that the cost would not significantly affect the project’s total cost (currently estimated at 9.5 billion euros ($10.3 billion US).

“As for Denmark’s position, it has a choice between a rational approach and a politicized one,” the energy analyst stressed. “To clarify, they have not yet made their final decision. But they have shown some movement towards a politicized approach. But I doubt whether Washington will appreciate Copenhagen’s zeal much,” Khrenkov concluded.

For his part, Alexei Grivach, director general for gas issues at Russia’s National Energy Security Fund, said that Copenhagen’s foot-dragging on Nord Stream 2 was not fitting of a European state which, thanks to external pressure, seems “ready to neglect both its own interests and those of its close neighbors, and simply to engage in sabotage.”

In Grivach’s estimation, Friday’s application for an alternative route gives Copenhagen fewer opportunities to impede the project, and serves as a possible “lever of pressure” encouraging the country to “fulfill the function of a conscientious regulator, rather than a political tool in the struggle for US geopolitical influence in Europe.”

Copenhagen first hinted that it might reject Nord Stream 2’s construction in November 2017, when the Danish government made amendments to legislation allowing the country to reject the construction of pipelines through Danish territorial waters ‘for security reasons’ pertaining to Denmark, the EU and NATO. The amendments modified the originally acceptable reasons for refusal, which were tied exclusively to environmental considerations.

Nord Stream 2 faces intense opposition from Washington, which has plans to push through the export its own liquefied natural gas to Europe, notwithstanding its expense compared with Russian pipeline gas.

Although supported by Western Europeans, who see it as a way to “ensure the unfettered supply” of natural gas, Nord Stream 2 has faced stiff resistance from some Eastern European countries, particularly Poland and Ukraine, with Kiev facing the prospect of losing its gas transit income once Nord Stream 2 goes online. On Friday, Ukrainian President Petro Poroshenko called Nord Stream 2 a “Trojan Horse of the Kremlin.” Moscow, Berlin, and other Western European states have, on the contrary, consistently insisted that the project is a commercial one.

The first leg of the pipeline was laid in Germany in early July, with the project expected to be completed in 2019, adding a capacity of 55 billion cubic meters of gas per year to Western European countries and complementing the existing 55 billion cubic meter capacity in place thanks to Nord Stream 1. The project is a joint initiative by Russian gas giant Gazprom, Austria’s OMV AG, France’s Engie, Germany’s Uniper and Wintershall, and the UK-Dutch Royal Dutch Shell.