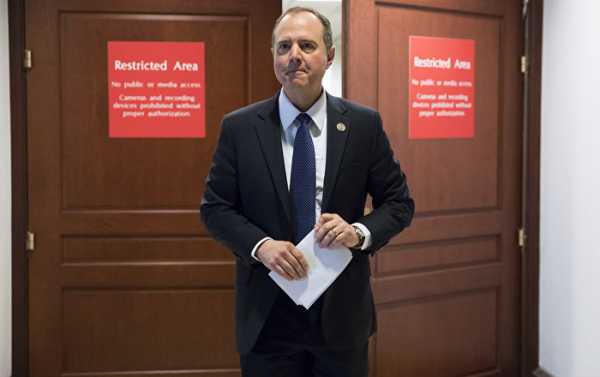 The White House counsel has announced that they will not be releasing the memo compiled by Democratic lawmakers in the House Intelligence Committee (HIC) without revision, as the memo “contains numerous properly classified and especially sensitive passages.”

The letter from White House counsel Donald McGahn encouraged the HIC and the Department of Justice (DOJ) to revise the memo to mitigate risks to national security, then send it back to the White House to be assessed again.

US President Donald Trump received the memo on Monday. Its chief author was Rep. Adam Schiff (D-CA), the ranking member on the HIC. Schiff compiled the memo as a counter to a Republican memo written in January and released in early February that argued that the FBI and Department of Justice undertook surveillance abuses against US President Donald Trump while he was running for president in 2016.

The Schiff memo was meant to challenge the Republican assertions of FBI and DOJ corruption.

Adam Schiff said later that his party would review redactions to the memo that the president refused to declassify.

“The Democratic members of our committee take seriously the concerns of the DOJ and FBI… We will be reviewing the recommended redactions from DOJ and FBI, which these agencies shared with the White House, and look forward to conferring with the agencies to determine how we can properly inform the American people about the misleading attack on law enforcement by the GOP,” he said in a statement.

“We hope this matter can be quickly resolved so the committee can return to its charge – fully investigating the Russian interference in our election and the role of the Trump campaign,” Schiff added.