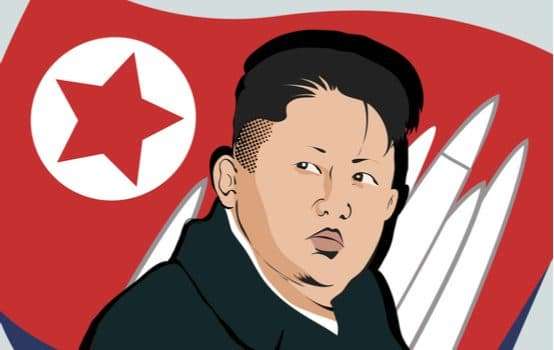 On April 27, North Korea’s Kim Jong-un and South Korean president Moon Jae-in will meet, ahead of a trilateral summit with President Trump in June. There is a lot to talk about, but the focus in the West on nuclear issues misses the real story: Kim may be seeking revolutionary economic upheaval. There are signs everything is about to change.

It isn’t hard to imagine Kim with a biography of former Chinese leader Deng Xiao-ping on his nightstand. Deng’s rise to power saw China’s centrally managed economy failing to feed its people, isolated from the world, and dependent on the Soviet Union. Then everything changed in 1979 when Deng secured an agreement with President Jimmy Carter that covered his security needs (no one seemed worried China had nukes), diplomatically papered over long-simmering political issues like the status of Taiwan, and allowed him to introduce changes that led directly to China’s economic ascendance.

A key sign Kim is headed the same way is the extraordinary number of concessions he has made ahead of his upcoming summits. Kim is acting like a man in a hurry.

Among those changes, Kim agreed to seek a formal end to the 1950 Korean War—supported by some 80 percent of South Koreans, such an accord would be a massive domestic win for Moon, himself the son of North Korean refugees, ahead of the June 13 elections. Following a visit to Beijing that signified a sign-off from North Chinese patrons (confirmed soon after when Kim received Song Tao, a key Chinese diplomat, in Pyongyang), Kim Jong-un announced denuclearization of the peninsula negotiable, while at the same time saying he’ll no longer insist the U.S. remove its troops in the South as a precondition to discussions.

Trump could never agree to troop reductions at this early stage, and could never move into a summit if denuclearization was non-negotiable. Kim has now taken those problems off the table. Kim then announced a moratorium on nuclear and missile tests, and closed down the Punggye-ri test site. The rain of missiles that in the fall prompted Trump to issue his “fire and fury” threat simply…stopped.

Kim also announced the end of his signature domestic policy, byungjin, the parallel advance of defense and the domestic economy (Kim’s father promoted the defense-only policy of songun). At a recent Workers’ Party meeting, he said it was time to focus the nation’s resources on rebuilding its economy, a clear signal to domestic elites that he is aware of their desire for a better life. Throw in for good measure the reopening of the intra-Korea hotline, CIA director Mike Pompeo’s welcome in Pyongyang, the recent recognition of capitalism in North Korean law, and the stream of cultural exchanges underway that include K-Pop shows attended by Kim himself.

These concessions and changes are exactly what would have been expected to be the focus of the summits, if not the hoped-for results of months of tedious negotiations to follow. But what if Kim wants more?

Wipe clean for a moment the cartoon image of Kim as a madman and re-imagine him as a nationalist. Kim grew up surrounded by Westerners at a boarding school in Switzerland. He speaks French, German, and some English. He knows where North Korea sits in the world. What if Kim sees himself as his nation’s Deng Xiao-ping? What if, having a crude nuclear deterrent and knowing pushing it further can only hasten his destruction, he is ready to end his nation’s isolation? What if by sweeping many of the expected short-term American goals off the table with unilateral concessions Kim wants to move directly to talking money, not just weapons? What if Kim is actually following Deng’s example?

One of Deng’s first changes allowed farmers to sell surplus produce. Factories were told to sell production over-quota on the open market. Special economic zones designed to make money (not political showpieces such as the North-South experiment at Gaeseong) were set up, with much of the early action focused on “safe” partners like Hong Kong.

So it may matter a lot that Seoul is already exploring ways to sell electricity to the North, and that Kim supports special economic zones. Or that there are already some 480 sanctioned (not “black”) free markets in North Korea, many new since Kim took power, hundreds more renovated or expanded under his hand. North Korea’s state-controlled media regularly runs pictures of Kim visiting these markets. There is a restless and growing consumerist middle class in North Korea, living in a parallel semi-market economy fueled by dollars, Chinese currency, and increasing access to foreign media, all not unknown to the Kim regime.

“Everything about North Korea spells potential,” says one North Korean defector now at the South Korea Development Bank. Estimated to be worth $6 trillion dollars, North Korea’s reserves of gold, copper, zinc, and other minerals would allow Kim to diversify his sources of income if he converts his country into what Bloomberg calls a “frontier market” in the center of a booming region.

Unlike previous negotiations with North Korea, when Kim’s father had to be bribed by the Clinton administration with a nuclear reactor to even come to the table, the current process is driven by the Koreas—witness the low-key role America played at the diplomatic dance at the Olympics. As one analyst put it “It is no longer where the U.S. may take the negotiating process so much as where the negotiating process may take the U.S…. Those in the region now seem determined to commandeer a train the Americans have driven for 65 years.”

To succeed, Trump need do little more than not fall prey to establishment fears, be unafraid to enable the economic opportunities he claims to understand well, and stay out of the way as the two Koreas with their shared cultural, linguistic, and historical ties frame the issues. In this sense, the Kim-Moon summit may be more important than the Kim-Moon-Trump one. However, if Trump bulls into the room and says “Nukes, number one and we’re done,” the process will stall.

Political opponents will claim: “They’ll renege, just you wait.” They will make the most of the “we beat the other guy” statements Kim (and Trump) will make for their domestic audiences. Media are teeing up denuclearization as a straw man, claiming that if Trump comes home and the North still retains its weapons, he has failed. Such remarks are ahistorical nonsense: denuclearization is a process, not an event. The Obama-era Iran accords required two years of negotiations and didn’t even involve actual weapons. U.S.-Soviet Cold War progress was measured in baby steps strung out over decades. Fast-track denuclearization has its history, too, in the failures in Libya and Iraq.

Success will be measured as North Korea engages the international system, thus reducing the threat of war as a base for reducing the weapons. After all, decades of sanctions have yielded only a nuclear North Korea, and summit or no summit that is a starting point, not a debatable point. It is possible to imagine a future where North Korea’s nuclear stockpile erodes into the status of those in Pakistan and India, never mind China: an understood deterrent, not a threat. Focusing too much on the nukes is to ensure failure; they are part of a problem solved by a comprehensive solution that takes into account what the North is really at the table for: engagement with the world system.

Reviewing the last 10 years of Western political thought on North Korea, it is staggering how poorly predictions have panned out. There has been no succession struggle, no societal collapse, no coup, no war—and no progress. It is as if having painted one picture, the West is intellectually blocked from considering another. That is the most dangerous thing afoot as the 2018 summits loom.

Peter Van Buren, a 24-year State Department veteran, is the author of We Meant Well: How I Helped Lose the Battle for the Hearts and Minds of the Iraqi People and Hooper’s War: A Novel of WWII Japan. Follow him on Twitter @WeMeantWell.