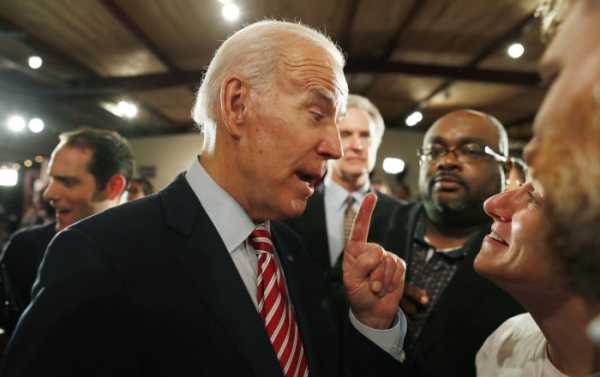 The Democratic candidate on Thursday hosted a fundraising event in New York to seek financial support from wealthy Wall Street donors. After his fundraiser, the former vice president encountered a mob from the New York Communities for Change organisation. The activists created an unpleasant mocking installation – a makeshift coffin. The incident was caught recorded for posterity.

This record, however, reportedly became a political tombstone, according to reports, as Democrats last year started the impeachment proceedings against US President Donald Trump over allegations that the latter withheld previously approved military aid for Ukraine in a quid-pro-quo move, pushing Ukrainian President Volodymyr Zelensky to dig dirt on Biden and his son.

While Trump was impeached by the US House of Representatives – the 3rd US president in history to be impeached – the US Senate subsequently voted to allow him to retain his tenancy in the White House, amid the president’s legal team’s highlighting of questionable moves made by Biden during the Obama era.

Biden’s son, Hunter, was employed by Ukrainian energy company Burisma – a wealthy petrochemical company that had been probed by Kiev on corruption charges at the time. Biden, his son and a number of purportedly key witnesses were not summoned to Capitol Hill for the impeachment process.

As has been observed in the US press, candidate Biden may suffer from the fact that no Democratic presidential candidate since 1992 has enjoyed a political comeback after failing to gain support in Iowa and New Hampshire.