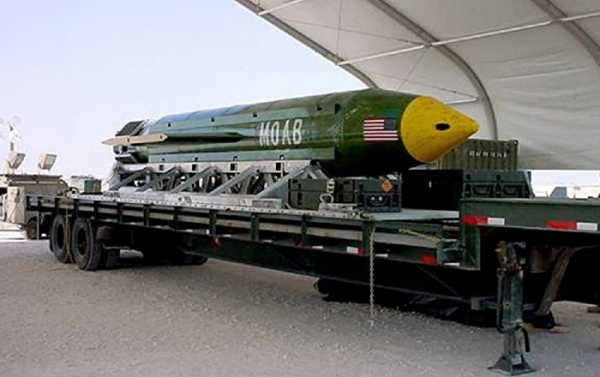 The largest non-nuclear explosive in the US military – bigger even than the so-called “Mother of All Bombs (MOAB)” ordnance dropped by the US military on Daesh-affiliated militants in Nangarhar province, Afghanistan last year – has recently been upgraded, according to a recent report.

The GBU-57 “Massive Ordnance Penetrator (MOP)” is intended to strike targets below the ground in caves, tunnels and bunkers. Boeing was recently contracted by the US Air Force to complete “the enhanced threat response IV modification,” which “improved the weapon’s performance against hard and deeply buried targets,” USAF spokeswoman Emily Grabowski told Bloomberg last week.

The MOP weighs 33,000 pounds, whereas the MOAB weighs about 21,600 pounds. The MOP is a precision-guided weapon that has been tested from B-2 Spirit aircraft. Whereas the MOP emphasizes hard target penetration, the purpose of the MOAB, which actually stands for “Massive Ordnance Air Blast,” is air displacement over a large area, which injures soft targets like exposed humans.

The munition’s “bunker busting” ability has been designed with attacking targets like North
Korea’s fortified underground military facilities in mind. In October, B-2s simulated MOP airstrikes over the Ozark Mountains in Missouri, according to the Aviationist.

The Pentagon’s combat testing office said in a November report to the US Congress that the bomb was effective “when paired with proper tactics, techniques, and procedures.”

It’s not clear whether the MOP is currently deployed on US aircraft around the world, Military.com notes. However, a trio of B-2s was transferred to the US air base in Guam earlier this month.