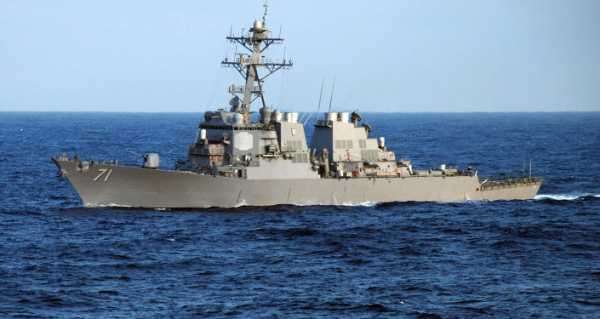 WASHINGTON (Sputnik) – The US Navy on Wednesday denied media reports suggesting that the guided-missile destroyer USS Ross deployed in the Black Sea for NATO’s Sea Breeze-2021 drills is heading toward Crimea.

Earlier in the day, media outlets reported, citing vessel tracking websites, that the US destroyer was sailing toward the peninsula.

United States Navy destroyer USS Ross has entered Black Sea, “to demonstrate the United States’ commitment to strengthening the collective security of NATO allies and partners in the region”.

Last week, the UK destroyer HMS Defender made inroads into Russia’s territorial waters near Cape Fiolent in Crimea, prompting the Russian Navy to fire warning shots to divert the vessel. London denied the shots were fired at all, even though Russia’s security service, the FSB, released video footage of the encounter, confirming Moscow’s account of events.

A BBC correspondent who was aboard the British ship at the time of the incident also said he saw over 20 aircraft overhead and two Russian coast guard boats that shadowed Defender.