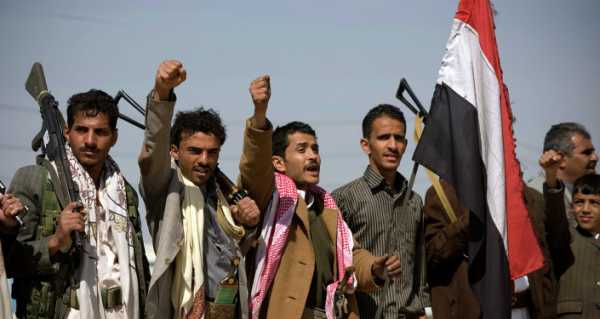 The rebel group, engaged in a long-running war with a Saudi-led military coalition trying to restore the former Yemeni government to power, has stepped up its attacks on Saudi Arabia proper as the Biden administration moved to revoke its terror designation.

The US State Department has called on Yemen’s Houthis to halt their offensive on a major Yemeni government stronghold in northern Yemen, urging the militia to cease all military operations, ‘other destabilizing actions’, and to turn to negotiations.

Separately, the Treasury Department announced Tuesday that the US has formally removed the Houthis from its list of global terrorist entities.

The Houthis have been at war with a Saudi-led coalition looking to restore the government of ousted Yemeni President Abd Rabbuh Mansur Hadi to power since March 2015, with Riyadh and its allies devoting considerable military resources to the operation and blockading Houthi-controlled areas of Yemen. Hadi fled to Saudi Arabia in early 2015 after a popular uprising.

Nearly six years on, the coalition has made little progress, with the Yemeni capital of Sanaa remaining under Houthi control, and the militia launching dozens of drone and missile strikes at sites inside Saudi Arabia itself. On Sunday, the Houthis claimed to have attacked and hit two major Saudi airports using drones. The Saudi-led coalition reported that at least one of the drones was safely and intercepted and destroyed.

The Biden administration announced its plans to revoke the Houthis’ terror designation last week, specifying however that it would keep three senior Houthi leaders on its terror list, and impose new sanctions on some members of the group. The Trump administration designated the Houthis as terrorists in its final days, leading to fears that the move could threaten critical deliveries of international humanitarian aid to the war-torn nation, which even before the conflict was one of the poorest countries on earth.

In early February, the White House froze the proposed sale of some $760 million in guided munitions to Saudi Arabia, with the move widely interpreted as a sign of the end of direct US support for Riyadh’s six-year-long war in Yemen. Iran, which has provided the Houthis with moral support throughout the war, said the US decision, “if not a political manoeuvre, could be a step towards correcting past mistakes.”

Last week, the State Department emphasized that despite its plans to lift the terror designation, the US would “certainly keep up the pressure on the [Houthi] leadership,” and provide unwavering support for Saudi Arabia’s “ability to defend itself on its territory against threats.” At the same time, the Biden administration has promised to step up diplomatic efforts to resolve the Yemen conflict through negotiations.

The war in Yemen is feared to have killed over 233,000 people, both in fighting and as a result of the humanitarian crisis caused by the conflict and the coalition’s blockade. The UN estimates that some three quarters of the country’s population is in dire need of food and basic medical aid.