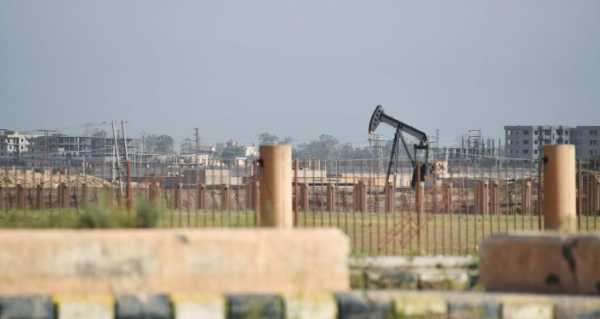 Earlier in the week, reports emerged suggesting that a convoy of US military vehicles had left Syria’s oil-rich Hasakah province and crossed the country’s border with Iraq, reportedly filled with stolen oil.

US forces, in collaboration with the militias of Qasad (Syrian Democratic Forces), “continued to steal Syrian oil” from the fields of the al-Jazira region after having laid pipelines across the Tigris River in the Semalka area into Iraqi territory, Syrian state-run news agency SANA reported on Sunday, citing civil sources in the al-Malikiyah region,

According to the report, before transporting the “stolen” oil barrels to Iraqi territory, US forces took them “by tankers from Karachuk fields in the northeast of Rumailan”.

The sources also said that the US forces send “dozens of tankers” loaded with the reportedly stolen oil to the Iraqi lands through what is described as “the illegal crossings created for this purpose such as Al-Walid crossing in al-Ya’rubiyah countryside”.

This crossing is seen by the Syrian government as illegal due to lack of Damascus’ jurisdiction.

This is not the first time the United States has been blamed for stealing the country’s oil, as Trump, who last year said that the American presence will help make sure that the Syrian oil does not fall into terrorists’ hands, was accused by Syria’s Ambassador to UN Bashar al-Jaafari of snatching crude from Syria. Al-Jaafari referred to a deal made between the Kurdish-led Syrian Democratic Forces (SDF) and an American company.

Although Trump vowed to withdraw American troops from Syria, he backtracked the decision, saying that the US military will remain to “keep the oil”. Damascus has repeatedly slammed the American presence in the country, noting that Washington has never received permission from the UN or the nation’s government to send troops into Syria.