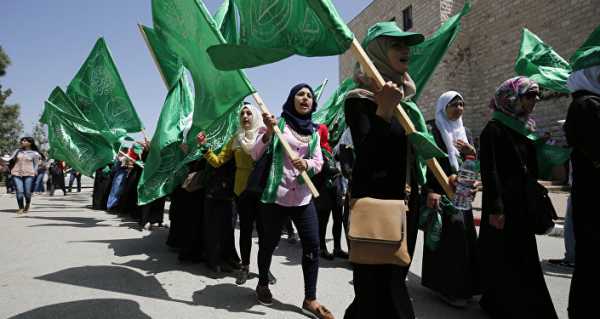 The Times of London has claimed, citing sources in “Western intelligence services,” that Hamas is operating a secret cyber warfare and counterintelligence center in Istanbul without the knowledge of the Turkish government.

In a Thursday report, the Times said that the center is about two years old and is used as a window to the outside world for Hamas, which has governed the Gaza Strip under an almost continuous stage of siege by Israel since winning elections in 2007.

All this has been done without Ankara’s knowledge or consent, the Times reports. However, Turkey’s ties with the Palestinians, the Gaza Strip and Hamas have steadily grown in recent years.

Later that month, Turkish President Recep Tayyip Erdogan received a delegation of Hamas’ Political Bureau, the organization’s central leadership body. Washington issued a strenuous objection, noting it has designated Hamas a terrorist organization and that at least one of the delegation was wanted by the US.

In recent years, Turkey has increased its presence in Gazan affairs, investing in a variety of civil projects as Israeli bombardments of the territory have destroyed one facility after another. According to Turkey’s state-owned news outlet Anadolu Agency, between 2005 and 2017, the Turkish Cooperation and Coordination Agency (TIKA) carried out 400 projects across Gaza, Jerusalem and the West Bank, including building an olive oil production facility in the southern Gaza city of Khan Yunis and providing fuel aid to relieve chronic shortages. In 2020, after the COVID-19 pandemic hit Gaza, Turkey opened a Palestine-Turkey Friendship Hospital to treat those infected by the virus.

“Erdogan sees emerging alliances in the region as a threat, but he’s also presenting himself as the leader of the Muslim world and flag bearer for Islamist movements, to counter the Emirati-Saudi-Egyptian camp,” Feuer said. “There’s a broader struggle still under way over the contours of the regional order, and that is partly what motivates him.”