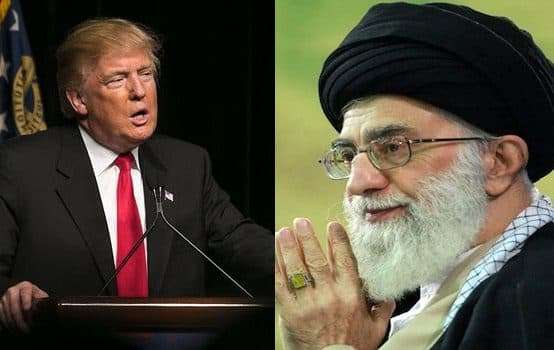 In a span of a little more than five months, North Korea and the United States have gone from trading verbal insults and mobilizing for war to engaging in vibrant diplomacy. Pyongyang now appears willing to consider eliminating its nuclear weapons and bringing an end to the state of war that has existed on the Korean peninsula since 1950.

Concurrent with this seemingly stunning progress, President Donald Trump has sought to change the rules of the game vis-à-vis Iran, pulling out of a multilateral nuclear accord that everyone (including the United States) agreed Tehran was abiding by. In doing so, Trump appears to be trying to recreate the formula that’s worked so well with North Korea—impose stringent economic sanctions while threatening military action should Iran be foolish enough to reopen its nuclear program.

But while Trump and Kim seem to be embracing peace and denuclearization, the devil is always in the details. When Trump and his team approached North Korea as a defeated nation bending to the will of the United States, negotiations collapsed; when North Korea was treated with respect and dignity, the negotiations were revived. How this translates into a manageable and verifiable disarmament agreement acceptable to all parties is not yet clear.

There are historical models out there that the Trump team can draw upon in framing an agreement. The lack of reciprocal disarmament makes the bilateral precedent of U.S.-Soviet arms control moot beyond the practical experience of organizing and implementing a robust on-site inspection regime. However, successful unilateral disarmament examples do exist. Both South Africa and Ukraine voluntarily gave up their nuclear arsenals without significant infringement on their sovereignties, and Ukraine, Belorussia, Kazakhstan, and (in a separate agreement) Argentina all surrendered their ballistic missile capabilities, again in a manner respectful of their sovereignty and national security.

Any agreement eventually reached with North Korea that eliminates its nuclear weapons, interconnectional ballistic missile capability, and limits its short- and medium-range missile force (as will be required by both Japan and South Korea) would do well to draw on those historical examples.

The one model that Trump and his advisors clearly won’t be turning to as a template for success is the Joint Comprehensive Program of Action, or JCPOA—the Iran nuclear agreement negotiated in 2015 that Trump withdrew from last month. That agreement was the product of years of difficult and trying talks, conducted amidst concerted economic, political, and (to a lesser yet significant extent) military pressure on Iran. Despite those pressures, in the end the agreement that was reached was a compromise rather than a dictated solution. The West yielded on the issue of Iran’s right to have an indigenous uranium enrichment program, and Iran permitted unprecedented access by international inspectors to its nuclear and non-nuclear infrastructure.

The fact that the JCPOA was a product of compromise, rather than surrender, has stuck in the craw of the Trump administration. Secretary of State Mike Pompeo, in his first major address since taking up his post, took on the challenge of articulating American policy towards Iran in the wake of Trump’s withdrawal from the JCPOA, and in doing so seemed to sweep the notion of compromise right off the table. In a speech titled “After the Deal: A New Iran Strategy,” Pompeo outlined the Trump administration’s hardline approach to dealing with what he termed Iran’s “malign behavior” in a post-JCPOA world. Delivering broad-brush policy prescriptions that sounded more like ultimatums than negotiating positions, Pompeo’s speech seemed detached from reality, treating Iran as if it were a defeated nation instead of a regional power whose nuclear policies, though rejected by the Trump administration, are supported by Europe, China, and Russia.

In setting out the conditions under which the Trump administration would consider diplomatically re-engaging with Iran on nuclear issues, Pompeo listed a dozen steps Iran would have to fulfill that, when taken collectively, represented de facto terms of surrender that no Iranian political figure could ever agree to and hope to survive. That isn’t to say that the government in Tehran would be averse to negotiations of any kind—Iran had shown some flexibility in discussions with European parties prior to the American withdrawal on several of the issues contained in Pompeo’s 12-step program, including ballistic missiles, relations with Hezbollah, and a resolution to the Syrian crisis. There were some indications that Iran would even be willing to discuss ways to manage how it would proceed with enrichment once the so-called “sunset clauses” limiting the number of operational centrifuges expired.

The Trump administration, however, has shown no inclination towards engaging in negotiations of that sort. Pompeo’s speech was about more than simply rejecting the JCPOA—it was a virtual declaration of war against Iran. Many of the 12 preconditions set down by Pompeo were so preposterous—full Iranian withdrawal from Syria, termination of all extraterritorial activity by the Revolutionary Guards, permanent cessation of enrichment operations, no-notice inspections of military facilities—as to make it impossible for there to be any chance of a negotiated settlement with Iran.

This seems to be the true intent of Pompeo’s new Iran strategy: to break Iran economically to foster regime change from within, and, failing that, to defeat Iran militarily. In this, Pompeo seems to be drawing from the same playbook that led to the 2003 invasion and occupation of Iraq. What Pompeo and the others advising Trump on Iran policy seem to have forgotten is that the opening chapter of the Iraq playbook was the military defeat of Iraq in Desert Storm and the devastation of sanctions on the Iraqi economy and infrastructure. Iran today is neither defeated nor isolated, and the United States will learn the hard way that it will take much more than renewed economic sanctions and threats of military strikes to alter its policy.

When in the mid-2000s global pressure was initiated against Iran to constrain its nuclear program, it had fewer than 100 centrifuges in operation; when the JCPOA was signed in 2015, it had nearly 20,000. The notion that “maximum pressure” is the key to success is, simply put, unfounded. Trump began his presidency boldly proclaiming that North Korea would never be allowed to have a nuclear weapon or the means to deliver one to American shores; by early 2018, North Korea possessed a nuclear-tipped ICBM that could reach all of the United States. Trump was driven to negotiations by the reality of North Korea’s nuclear capability just as much as Obama was driven to negotiate with Iran because of the reality of its expansive uranium enrichment capacity. Obama and the rest of the world were compelled to deal with the reality of a sovereign, undefeated Iran when negotiating a solution to the Iranian nuclear problem. The result was the JCPOA Trump despises.

Trump is about to learn that he can bluster all he wants about “maximum pressure,” but North Korea is a sovereign, undefeated nation, and whatever disarmament deal that emerges from the U.S.-North Korean summit will be framed by the four corners of that reality. The Singapore summit is an accomplishment and Trump deserves credit for it. But getting North Korea to sit down at the table and getting North Korea to sign an acceptable disarmament agreement are two different things altogether. The irony is that, should these negotiations succeed, Trump may very well find himself defending a deal that more resembles the JCPOA in construct that the fanciful Iranian “surrender” envisioned in Pompeo’s speech.

Scott Ritter is a former Marine Corps intelligence officer who served in the former Soviet Union implementing arms control treaties, in the Persian Gulf during Operation Desert Storm, and in Iraq overseeing the disarmament of WMD. He is the author of Deal of the Century: How Iran Blocked the West’s Road to War.