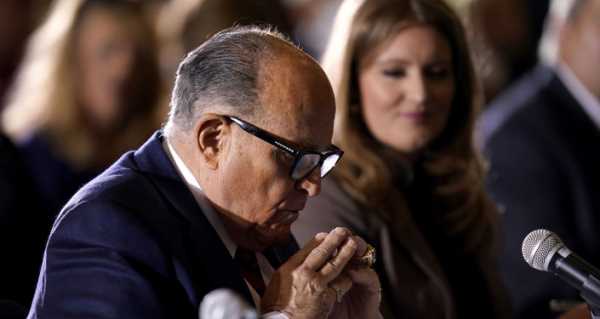 The Democrat-controlled House of Representatives impeached Donald Trump on Wednesday on “incitement to insurrection” charges, making him the first president in US history to be censured twice. The Senate is now tasked with trying Trump. The last time he was impeached, senators speedily acquitted him.

The Trump campaign appeared to challenge attorney and former NYC mayor Rudy Giuliani’s claim that he was “involved” in the president’s impeachment defence team, with press secretary J. Hogan Gidley saying the team is yet to be picked.

“President Trump has not yet made a determination as to which lawyer or law firm will represent him for the disgraceful attack on our Constitution and democracy, known as the ‘impeachment hoax.’ We will keep you informed,” Gidley wrote in a tweet.

Giuliani’s earlier election fraud effort failed to stand up in any state or federal courts, despite Trump’s claims that his team had “hundreds and hundreds” of sworn affidavits and “thousands” of witness testimonies on illegal activities ranging from late night mail-in ballot dumps to voting machines programmed to vote Biden.

Facebook, which also blocked Trump’s accounts in the aftermath of the Capitol violence, unblocked them on Friday, but removed his status as president, replacing it with “political candidate.” Facebook CEO Mark Zuckerberg previously said that Trump would be banned “indefinitely.”

Democrats are pushing the trial in an attempt to legally bar the outgoing president from ever again holding office. However, with the senate split 50-50 between the two parties, and a Senate conviction requiring a 2/3 majority, it’s considered unlikely that the president will be convicted. As a contingency, some Democrats including House Whip James Clyburn have suggested Trump could be barred from office using the 14th Amendment of the Constitution, which prohibits any person who has “engaged in insurrection or rebellion” or gives “aid or comfort” to US enemies from holding office.