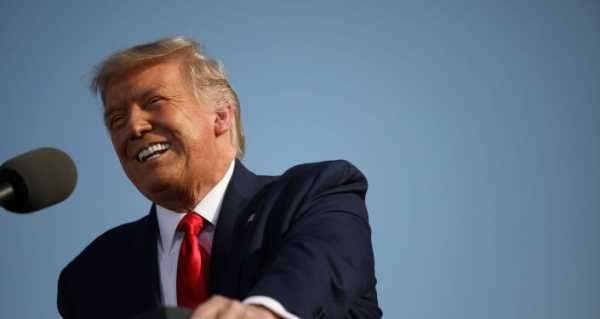 Congressional Democrats launched a new line of attack against US President Donald Trump on Tuesday, accusing him of trying to stuff the Supreme Court with conservative judges so the ongoing GOP challenge to overturn Obamacare would succeed.

The media website Politico cited seven people ‘familiar with discussions’, including three ‘administration sources’, who said Trump was planning to guarantee insurance protections for pre-existing conditions in case the Supreme Court overturns the 2015 Affordable Care Act (ACA). Other orders could be issued to stop patients from getting “surprise” medical bills and to assure that adequate mental health care is provided.

Trump recently issued executive orders to stop pharmaceutical companies from charging more for a prescription drug in the US than they do in other developed countries.

Washington political analyst Ipsita Smolinski said those orders had yet to be backed by new rules from responsible agencies. “Remember an executive order is just that — an order or command for agencies to release rulemaking — so this won’t be it, if Trump is trying to create real reform,” she said.

Tuesday’s Politico report coincided with a new offensive by Democrats, who claim Trump is seeking to increase the conservative majority on the Supreme Court to ensure a challenge to the Affordable Care Act (ACA), former US President Barack Obama’s flagship policy, would succeed.

The death of liberal justice Ruth Bader Ginsburg has given Trump and the Republican-controlled Senate an opportunity to appoint a third judge to the country’s highest court in the current term of office, potentially creating a 6-3 majority of Republican to Democrat appointees.

“This fight for a Supreme Court justice really is about health care, and the upcoming ACA hearing,” added Massachusetts congresswoman Katherine Clark.

Republican state officials brought another legal challenge to the ACA to the Supreme Court earlier this year, ironically arguing that the 2017 repeal of penalties for citizens with no health insurance, a major criticism of the act, make Obamacare unworkable.

​Schumer was referring to the Senates’ blocking of Obama’s 2016 nomination of liberal judge Merrick Garland to the Supreme Court, to replace late conservative Justice Antonin Scalia – which Schumer himself supported in that election year.

Ginsburg’s family told NPR news that the iconic judge had dictated a statement to her granddaughter, Clara Spera, just days before her death, saying, “My most fervent wish is that I will not be replaced until a new president is installed.”

On Monday, Trump cast doubt on the veracity of that dying wish, suggesting that Republicans had a responsibility to wield power while they had it. “The bottom line is, we won the election,” he told Fox News.

Trump campaigned in part in 2016 on a pledge to “repeal and replace” the ACA with what his campaign suggested would be a better system, calling ACA a “bailout for the insurance industry”.