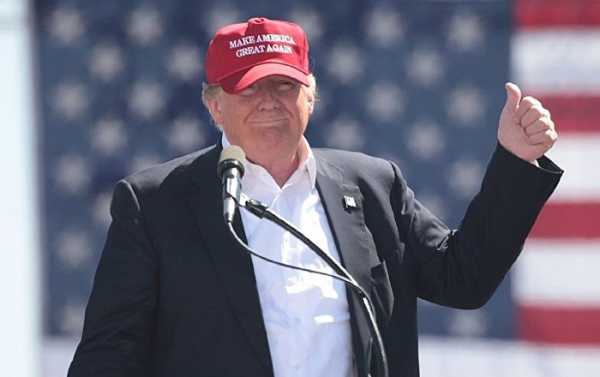 The initial reporting of the incident led many people to believe that the students, wearing “Make America Great Again” (MAGA) hats, were surrounding and mocking a Native American elder, acting in a racist way. But a longer video that surfaced later has shed new light on the incident.

US President Donald Trump has voiced support for the Covington Catholic High School students, including Nick Sandmann, who ended up at the epicentre of a scandal over an alleged confrontation between them and a Native American elder, later identified as military veteran Nathan Phillips. Trump noted in his tweet that Sandmann and his fellow schoolmates had been “treated unfairly” by media due to “early judgements”.

He added that it’s a good thing that new footage had appeared later giving a different perspective on the incident, proving earlier judgements to be wrong that the students’ actions and chants were racist.

The US president faced harsh backlash over his stance on this incident, with many Twitterians claiming that he is defending the racist acts of the students.

Some claimed that the fact that they were wearing MAGA hats was solid proof of their racist attitude.

Despite the newly discovered facts about the incident, many people continue to believe that the students were harassing the Native American elder.

Responding to previous commentators, some netizens pointed out that they should take a closer look at the extended version of the footage, before jumping to conclusions.

Many others lauded Trump for defending the Covington Catholic High School students and denouncing the hasty judgements.

Nick Sandmann and other students at Covington Catholic High School, who were visiting DC to participate in the March for Life found themselves in the middle of a scandal after a video of Sandmann wearing a MAGA hat standing still and occasionally smiling in front of a Native American elder playing his drum rocked the internet.

Many users believed that the elder had been surrounded and harassed by the students, also wearing MAGA hats, while Sandmann was allegedly acting in a racist way. The scandal was further fuelled by the elder’s claims that he heard the students chanting “build that wall”.

Two days later another video, shot from different perspective, surfaced on social media giving a new view of the alleged confrontation. It turned out that the students had been harassed by a group of a Black Hebrew Israelites, who were calling them names, and in response they started doing school specific chants to drown out their offenders. The Native American elder decided to ease the tensions between the two groups by placing himself between them and playing the drum.

The elder went through the students’ crowd, but stopped in front of Sandmann who didn’t let him pass. As Sandman later explained himself, he thought that the Native American “singled [him] out for a confrontation” and had decided to stand “motionless and calm” to diffuse the situation.