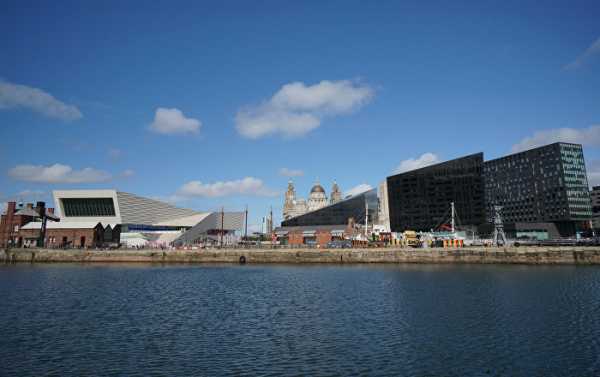 Police are investigating a man who destroyed the reception at a Travelodge hotel in Liverpool in a plot that brought back memories of the notorious 2004 vigilante drama of Marvin Heemeyer from Colorado, who went on a rampage with a modified bulldozer following a zoning dispute.

The driver of a digger in Liverpool has turned into an online sensation after a video of him wrecking a freshly built hotel with a 2.5-ton machine went viral. Everything reportedly happened on the day when a new Travelodge hotel was due to be completed. The digger is seen mounting steps, smashing glass doors and reducing a newly decorated reception zone to rubble to the shouts of construction workers urging him to stop while also filming the incident.

“That’s what happens when people don’t pay their wages”, a man is also heard saying, along with another calling out the name John.

(WARNING! Strong Language!)
Ceiling fixer Samuel White, who reportedly witnessed the rampage, told the BBC that the destruction lasted “a good 20 or 30 minutes” before the man drove the vehicle from the building, exited the cabin and fled the scene on foot.

“There were loads of workers outside all gobsmacked, jaws to the floor wondering what’s going on. The site manager was running around like a headless chicken, he wasn’t happy at all”, he reminisced.

Following the incident, police arrived at the site, along with an ambulance as one of the men there needed medical assistance after exposure to diesel caused irritation to his eyes. The Merseyside Fire and Rescue Service also inspected the scene with contractors to ensure that it was safe.

White said that the alleged culprit had a pay dispute with the contractor agency regarding some £600. The Liverpool Echo reported about claims suggesting that workers had not been paid for weeks, citing an unnamed colleague of the man who carried out the rampage as saying “I stand by what my colleague did today”.

Police are now investigating the case and urge anybody who has any information about the incident to step forward. At the same time, the UK hotel chain declined to comment on the ongoing probe to Sky News. Meanwhile, a crowdfunding page has been set up for the worker. Not only did it reach the £600 target, but it even topped £2.000 within hours.