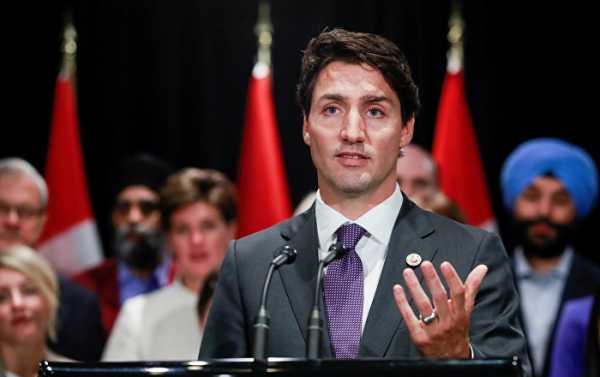 The USMCA, which will replace the 1994 NAFTA trade deal, covers auto and agricultural tariffs, intellectual property rights, labor standards, and environmental protections, among other issues. The agreement must be ratified by the legislatures of each country to take effect.

Trudeau told reporters after the meeting that he is very pleased with the existing USMCA pact, however, he is concerned that if it is reopened it could lead to lengthy renegotiation and a worse outcome.

The Canadian prime minister also stressed that he had a “very good conversation” with White House Speaker Nancy Pelosi on the USMCA agreement, adding that Ottawa would not get involved in the US ratification process.

Earlier in June, Canadian Transport Minister Marc Garneau hinted that Ottawa could ratify the USMCA sometime during the summer.

The USMCA bill was introduced earlier in the lower house of the Canadian parliament. After introducing the bill, Trudeau called on Parliament to support the passage of the draft legislation.

Mexico is the first country to ratify the new North American trade agreement. The deal was ratified in the Mexican senate on Wednesday.

In May, Canada lifted tariffs on US goods as a response to the lifting of tariffs on Canadian steel and aluminum.

In March 2018, Trump introduced 25 percent tariffs on steel imports and 10 percent tariffs on aluminum imports by invoking Section 232 of US trade law, citing alleged national security concerns. Canada fell under the new duties June 2018 and subsequently retaliated against the US by introducing its own duties on US goods.