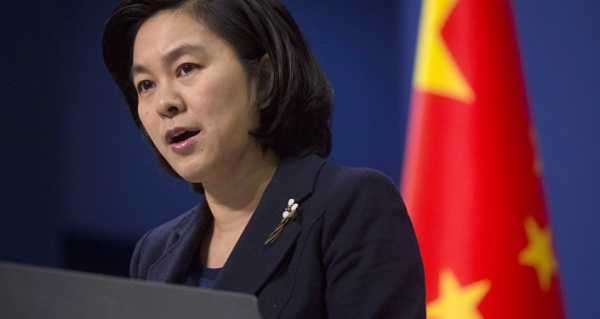 The Republican Twitter storm was launched after Beijing slapped sanctions on former Trump officials for destabilising relations with China and numerous accusations amid the ongoing trade war.

Senior Republican officials have called on US president Joe Biden to toughen his policy on China, the South China Morning Post reported on Friday.

US Rep Michael McCaul [R-TX] also tweeted he was “in disbelief” President Biden would rejoin the Paris Climate Agreement while China was being “let off the hook”.

The comments come after China slapped sanctions on former US officials, including Mike Pompeo, Peter Navarro, Alex Azar and Robert O’Brien, among many others, just minutes after Biden’s inauguration on Wednesday over their role in destabilising ties between Washington and Beijing to historic lows.

Officials in Beijing slammed the former officials as having “seriously violated China’s sovereignty” and launching a “series of crazy moves” on policy towards the mainland.

The former Trump administration routinely accused China of “genocide and crimes” in the Xinjiang Uyghur Autonomous Region (XUAR), which Beijing has routinely and sharply denied, and imposed sanctions on firms in the region.

Further US sanctions came over Beijing’s national security law in Hong Kong aimed at cracking down on violence from separatists operating in the region, leading to countermeasures from Beijing.

Replying to the comments, Hua said the Trump administration had imposed thousands of sanctions on China.

But the news comes as commentators expect the Biden administration to maintain a tough stance on China, namely after comments from Biden’s national security advisor Anthony Blinken stated former US president Donald Trump was “right in taking a tougher approach to China” despite disagreeing with how Trump had approached the matter.