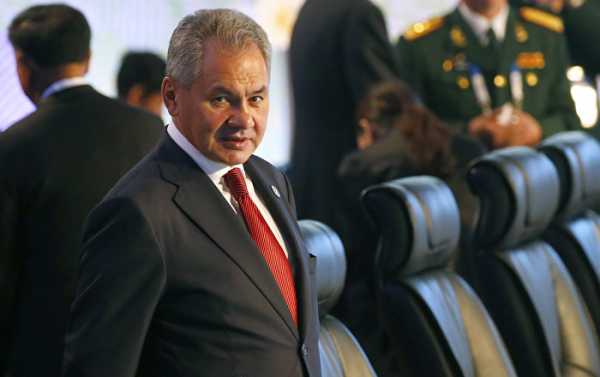 MOSCOW (Sputnik) – Russian Defence Minister Sergei Shoigu has remarked on an increased number of attempts by foreign officials to falsify the information about the World War II, the Defence Ministry said Wednesday in a statement.

“Shoigu has drawn the attention of Alexander Bastrykin [the head of the Investigative Committee] to the fact the there have been lately ‘more and more attempts by foreign officials of some states to falsify the historical truth about the USSR’s decisive contribution to the victory over the Fascists during the World War II and the Great Patriotic War”, the statement read.

Shoigu has asked the Investigative Committee to launch criminal cases against foreign officials responsible for the demolition of monuments to the Soviet people.

He noted that the most “odious” officials at both the national and local level were ordering the demolition of memorials commemorating the diseased Soviet soldiers.

The request comes a day after President Vladimir Putin signed a federal law on criminal liability for the destruction or damage of military graves and monuments that perpetuate the memory of those who died in the defence of the Fatherland.

On the same day, Kremlin spokesman Dmitry Peskov said that Russia is looking into different ways to celebrate the 75th anniversary of World War II victory, and no decision has been made so far to cancel the traditional Victory Day Parade in Moscow, as everything will depend on the development of the coronavirus situation in the country.