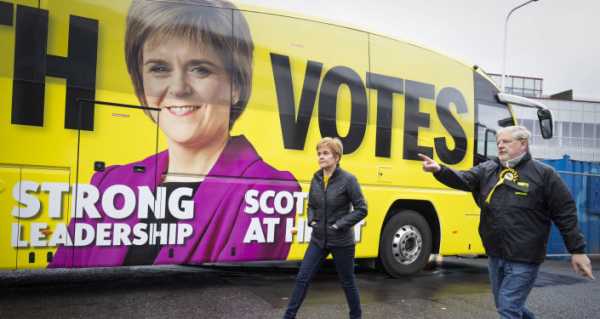 MOSCOW (Sputnik) – The Scottish National Party is heading for its fourth consecutive victory in the region’s legislative elections with 61 seats in the 129-strong parliament, though the counting is still ongoing.

The SNP is hoping to win an overall majority in the 129-seat parliament to increase chances of pushing through with a new Scottish independence referendum. Though the Scottish voting system was designed to prevent a single party from having a majority, the SNP managed to achieve the result in the 2011 election. However, this year experts predict that the party will fall short at least two seats of a majority.

The counting is currently underway with 85 of 129 seats declared. So far, the Conservatives earned five seats, four went to the Liberal Democrats and two to Labour. The results are expected to come in throughout Saturday.